The 32nd edition of Wrestlemania goes down April 3 and as professional wrestling fans at The Crossfire, it’s time to take a look at the extravaganza that it is.

Toronto hosted two Wrestlemanias – VI and X8 – with both being considered memorable by fans.

But what about the wrestlers themselves? What are their favourites?

Wrestlemania weekend includes the Hall of Fame ceremony and of course, the big show. Announced inductees include The GodFather, Snoop Dogg, Stan Hansen, and Jacqueline.

Poffo: Wrestlemania VI in Toronto. Brutus Beefcake cut my hair. Now a quarter of a century later, my hair grew back and he’s balding. Karma?

THE STRO – WCW WRESTLER  AND ACTOR

LALONDE: I only went one time to a house show in Winnipeg. Other than as a kid in Vancouver a couple of times, my memory is poor on these. I do remember the energy and excitement being so high, I couldn’t believe it. I “got” what people love about that form of entertainment and never questioned it again. 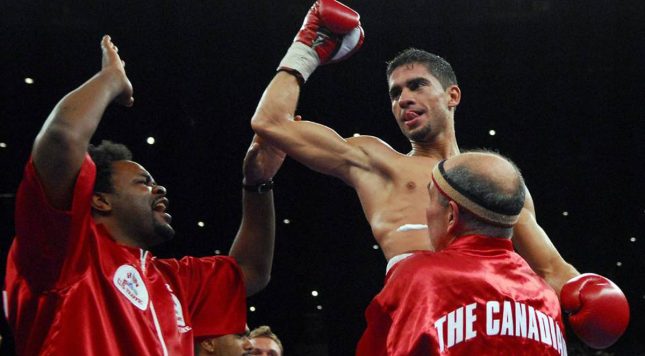 MOLITOR: For me, it’s the good old days of Jimmy “Superfly” Snuka, my all-time fav!

DUX: Wrestlemania 16:  (Stone Cold Steve) Austin vs (The HeartBreak Kid) Shawn Michaels with Mike Tyson as the enforcer. Great match, loved it. Iron Mike being there just makes it awesome especially with the finish.

Artwell: My favorite moment at WrestleMania 24 was to see my client “The Big Show” square off with Floyd Mayweather (at Wrestlemania 24). Also I was amazed to see how many adults were just as enthralled with the event as the young children! Grown men crying and yelling Ric Flair’s signature “Woo,woo as his retirement was announced. A cornucopia of pageantry and wrestling entertainment!

WHY: They made the most impact, most entertaining , most memorable and most exciting matches for me to watch!

COATES: Wrestlemania V: I always loved the Hogan, Elizabeth and Randy savage showdown, I think they wrestled at Wrestlemania 5.

Wrestlemania XIX: I thought it was a very exciting and well put together match with a lot of cool styles. Always thought Stevie Richards backing Victoria (against Trish Stratus and Jazz) was a very cool reverse role thing to have in pro wrestling.