The UFC and Brazilian TV network Globo announced today Anderson “The Spider” Silva and Mauricio “Shogun” Rua will be coaches on Season 4 of The Ultimate Fighter Brazil.

The series will be filmed in Las Vegas in early 2015 and will stream on UFC FightPass.

Silva and Rua are two of Brazil’s greatest fighters, with Silva defending the UFC middleweight strap a record ten times and Rua winning the light-heavyweight strap from fellow countrymen Lyoto Machida in 2010.

One important distinction in this series is that the two will not fight each other at the end.

Approximately 600 lightweight and bantamweight fighters tried out for the TUF 4 tryouts October 27th.

“A lot of people were worried we’d never see Anderson Silva back in the UFC,” UFC President Dana White said. “But, not only is he back in the Octagon on January 31 at UFC 183, he’s coaching TUF for the very first time. Anderson Silva is as committed to the UFC and the sport of mixed martial arts than he’s ever been, and I cannot wait to see one of the greatest of all time pass his knowledge on to a new generation of Brazilian fighters.

“And if there’s any Brazilian fighter who can go up against Anderson as a coach, it’s Shogun. Shogun Rua has done everything in the sport and if he trains his team to fight in the same attacking style he’s always used, Anderson’s team is in for one hell of a season.”

The show will be under the creative direction of the Brazilian TV producer Boninho, with the location being Las Vegas.

“Once again, The Ultimate Fighter Brazil was designed and developed by the great partnership between Globo and the UFC,” Boninho said. “We’ve come up with some great concepts for this new season and supervised the creative execution of what I know will be another hit season.”

“I think I can offer this next generation of Brazilian talent real insight into what it takes to succeed in the UFC,” Silva added. “I will bring everything I know about the martial arts, and my own values of what it means to be a martial artist, to my team.”

“To coach on The Ultimate Fighter Brazil is a dream come true, and an opportunity I wanted for a long time,” Rua said. “To have my team compete against a team coached by a legend and former training partner like Anderson Silva makes it even better! Me and Anderson go a long way, training together back when we were both aiming to be stars, and to do this with him now on the biggest platform and having a chance to show people what MMA is really about is just amazing! I look forward to finding great talent and helping them become winners!” 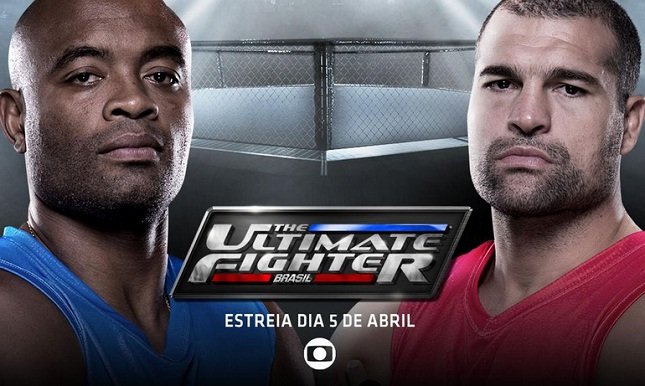