Running the Ropes: The metaphysical

In this column,  I’m addressing the topics of training , nutrition and mindset for people looking to take their body and mind to the next level, with a little help from my friends.

Being an athlete is a full-time job. So, along with rest and recovery, these three topics are key.

I believe in eating five or six small meals a day. The theory behind that is that eating many small meals high in protein during the day helps keep insulin levels steady and boosts metabolism so that the body burns calories at a higher rate. Insulin is a hormone that regulates blood glucose (sugar) levels in the body. When blood glucose is too high, cells store the extra glucose as glycogen or fat. In addition, protein suppresses energy and is essential for building muscle mass.

The goal of the plan is not just to lose weight, but to develop a sculpted body. The meals consist of a portion of lean, protein-rich food, and a portion of unrefined or whole-grain carbohydrates In addition, at least two meals daily must include a vegetable portion, and the diet should be supplemented by one tablespoon daily of oil high in monounsaturated fats. A portion is defined as the being equal to the size and thickness of the dieter’s hand (protein) or fist (carbohydrates and vegetables).

Approved proteins include lean poultry, most fish and seafood, egg whites, low-fat cottage cheese, and, unlike many diets, lean beef and ham. For vegetarians, approved proteins include tempeh, soy, textured vegetable protein, and seitan. Vegetarians will have a hard time meeting the protein requirements of this diet. Vegans will most likely not be able to. Approved carbohydrates include baked potato, sweet potato, both brown and white rice, pasta, whole wheat bread, whole wheat tortillas, dried beans, oatmeal, and whole grains such as quinoa. Also included in the approved carbohydrates list are apples, melon, strawberries, oranges, and corn. This is a much less restrictive list of carbohydrates than appears in many diets.

The fats requirement of this diet can be met with unsaturated oils such as canola, olive, safflower, or flaxseed, but also through eating salmon three times a week or with avocados, natural peanut butter, or a handful of nuts or seeds daily. In addition to allowed foods, the dieter is required to drink 10 or more glasses of water daily. The diet is to be followed rigorously for six days. On the seventh day, the dieter can eat anything he or she wants.

Overall, this diet allows more different foods than many diets, but it is a high protein, low fat diet with about half the calories consumed coming from protein and very few from fats. Generally dietitians recommend a diet that is about 55% carbohydrates, with emphasis on whole-grain carbohydrates, 15–20% protein, and no more than 30% fat.

Here’s a perspective on the mental aspect from my friend Andrew Hedges. Andrew is the owner of the Empire Muscle Gym where I train in Windsor.  He’s also a trainer, a 2nd degree black-belt and a competitive fighter.

“Developing a strong competitive mindset is a reward of contest preparation that is often overlooked by athletes. Except at the most elite levels (and sometimes even there), it is a fact that the athlete’s mind will always fail before their body. Due to this phenomenon, forging a powerful mindset in the weeks leading up to a competition can far outweigh the amount of physical progress and athlete is able to achieve during that same limited time frame. Luckily, the same process can serve both objectives. An athlete’s ability to endure punishing training in preparation for an event will result not only in stronger, faster-responding muscles, but also (with full dedication to a sufficiently intense regimen) an indomitable mental state and the ability to better endure the hardships of intense competition. The mind will ALWAYS fail before the body.”

MMA Crossfire bodybuilding columnist Ferlan Bailey shares his thoughts on the metaphysical and he should know. He is in the challenging process of getting his IFBB Pro card.

“To me, mindset is key and the most important. It will determine how far you can go. You should have your mind as a filter, letting in only the good and empowering stuff and forgetting the rest. Your mind should be clear and focused, visualizing the end result.”

Training should be challenging and hard ass work! Always pushing yourself, the goal in training is to get stronger, faster, build muscle and burn fat. There are a million ways to train, so it should be geared on what your sport and goals are. For me, I am lifting heavy weights and doing conditioning drills at the end such as The Prowler and tire flips.

It’s like going to war or battle everyday, so when it counts you will be prepared and ready to be your best! 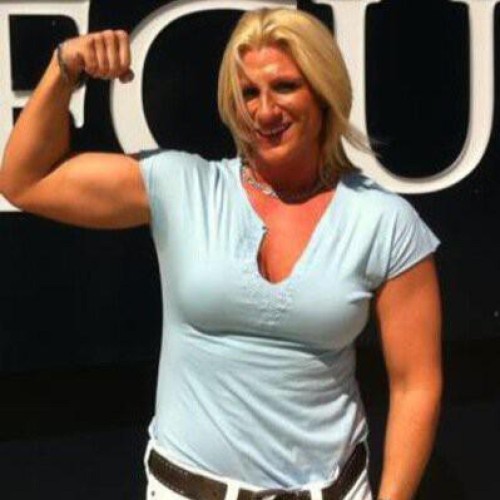