White stressed the stipulation at the UFC 190 post-fight press conference.

The question continues to resurface whenever Rousey defends her title.

Justino has been making noise for a long time the matchup, accusing Rousey of ducking her and challenging her to a non-title catchweight fight of 140 pounds.

It’s clear from White that the ball is in Cyborg’s court.

“Ronda’s the 135-pound champion,” he said. “There’s talk, but I don’t see her doing the necessary things it takes to fight,” White said.

“I’m prepared to deal with anything, that’s why I’m the champ,” Rousey said. “I fight in the UFC in the 135-pound division. She can fight at 145 pumped full of steroids and she can make weight just like everybody else without them.”

“If I was Cyborg, I would have tried to jump in the octagon.” White added. “I think she was here tonight. I would jumped in the octagon and said I’m next. Give me my shot.

“The fight’s there, she’s just gotta make the weight.” 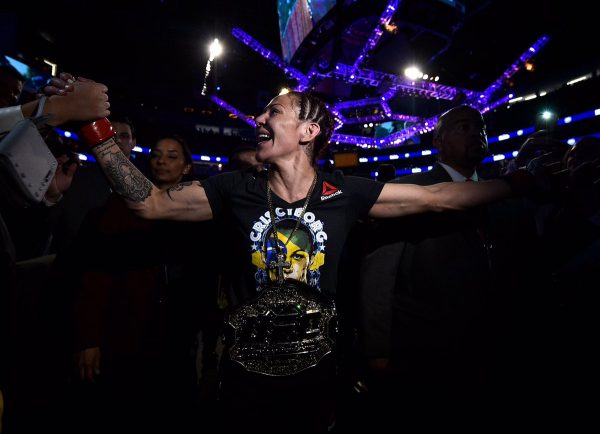