John Dodson will need something new in his bag of tricks in his rematch against UFC flyweight champion Demetrious Johnson.

He knocked Johnson down twice in their first encounter, yet let Johnson control the bout to coast to a comfortable unanimous decision win. He says he is the cure.

Johnson on the other hand, has not returned much of the Dodson trash talk, but his silent confidence speaks volumes.

In case you missed Countdown to UFC 191 and the UFC 191 Embedded series, you can watch all of them right here:

Wiseman: These guys have a few things in common, realistically Malegarie has thirty (30) fights and only lost three (3) times. That’s incredible! Silva’s secret has really been his striking. His striking has given him a load of knockouts and has set up golden opportunities for a submission game, however, Malegarie is a beast on the mat. I give the striking advantage to Silva, but when it comes to being able to put together various tools of MMA, it’s Malegarie who takes it.

Wiseman: Riggs has an fair amount of experience and even though he has taken a load of damage over the years, he is a true force to be messed with. His power has never buckled. Stallings is a threat in the fact that he has power and is a powerful guy on the mat. This is going to come down to wrestling and that is where Riggs takes the lead. When Riggs is on top he has crazy ground and pound, very difficult to get transition around. For that reason, I give this to Riggs.

Wiseman: While Trator is the more technical fighter, it’s the chin of Collard and his constant forward movement that will pressure Trator to the point of frustration. Collard just fires with damaging power behind it. Trator’s chin, and most of the UFC, have a weaker chin than Collard so he will eat any combination with a smile. The last fight Trator had was a knock out and it wasn’t from the constant pressure. Collard will give Trator a run for his money.

Wiseman: What can one say about Pennington; she is great but just very inconsistent. She hasn’t found her strength and just takes way too much damage. In the pocket. Andrade moves better and has more power and has a submission game. Pennington takes too long to actually start, so Andrade will be able to expose this, again, and get the win for a second time.

Wiseman: Based on experience and level of competition I have Lineker taking this fight. His speed and power gave him a win over the likes of Ian McCall. He has a ground game, power, and better all around with combinations.

Wiseman: I have to say, I’m excited for this fight. These guys will certainly give it their all, so definitely a potential for Fight-of-the-Night. With that said, Felder is still pissed from his loss to Barbosa, which was an incredible fight with both guys showing skills and power. Pearson has techniques and power, but I see Felder’s stance giving Pearson problems. Felder has the movements similar to Conor McGregor with a clinch game like that of Donald Cerrone. Pearson will be trying to close the gap with strikes, but getting caught with counter striking and knees in the clinch. All around a painful night for Pearson. I see this as a first for Pearson, his first time having two losses back-to-back.

Wiseman: I’m going with the underdog. Van Zant hasn’t yet impressed me and I don’t know why everyone is on her train. She is a great striker with a ground game, no one can take that away from her, however, Chambers isn’t someone to sleep on. Power advantage goes to chambers and when it comes to diversity, Chambers also has the advantage. Chambers comes from a karate background, so right off her stance will give Vanzant problems. You will notice that people with karate backgrounds tend to be incredible counter strikers. That will happen again.

Wiseman: Crazy power by both guys. Anderson relies on his power to do the trick, but he will need his wrestling here. Blachowicz also has a ground game. Anderson’s best bet is to take him to the ground, but honestly he isn’t safe there either. I have the greater diversity and a loss from Jimi Manuwa as advantages to this fight.

Wiseman: Crazy fight! Power for days with these two. Ultimately, I’m breaking it down not by their records, but based on level of competition. Manuwa has a better record, but the only one in the top 5 that he has fought is Gustafsson, which he loss via TKO. As we all know, Johnson TKOed Gustafsson. Johnson fought everyone and aside from Cormier, he beat everyone. Whatever weaknesses he has, he brought in trainers to help rectify them.

Wiseman: Let’s put this out there; between both of these guys there’s been a load of head trauma. Between both of them, fourteen (14) KO losses. These guys are not going three rounds, so someone’s noodle is going to be rocked for the eighth time. Mir constantly mixes up how he fights, from different stances, to coming out aggressively, or being a counter striker. What Mir needs in this fight is his submission game. Mir is the guy who has taken home Nogueira’s arm and heel-hooked Brock Lesnar. Crazy submissions, but on the flip side he has been the guy taking too much damage. I’m so sad to say this, but I don’t see Mir being able to take Arlovsky down, thus it will be a standup war. Mir has striking, but Arlovsky does have the power advantage.

Wiseman: After re-watching the last fight, I realized that cardio and technique were the real advantages that Johnson had over Dodson. Dodson rocked Johnson last time, but didn’t jump on him or try to capitalize. Johnson set the pace and was consistent throughout. Angles, power, wrestling, body shots, Johnson just throws it all at you. Dodson doesn’t mix things up that way. That and his cardio are what really prevents him from bringing home the belt. 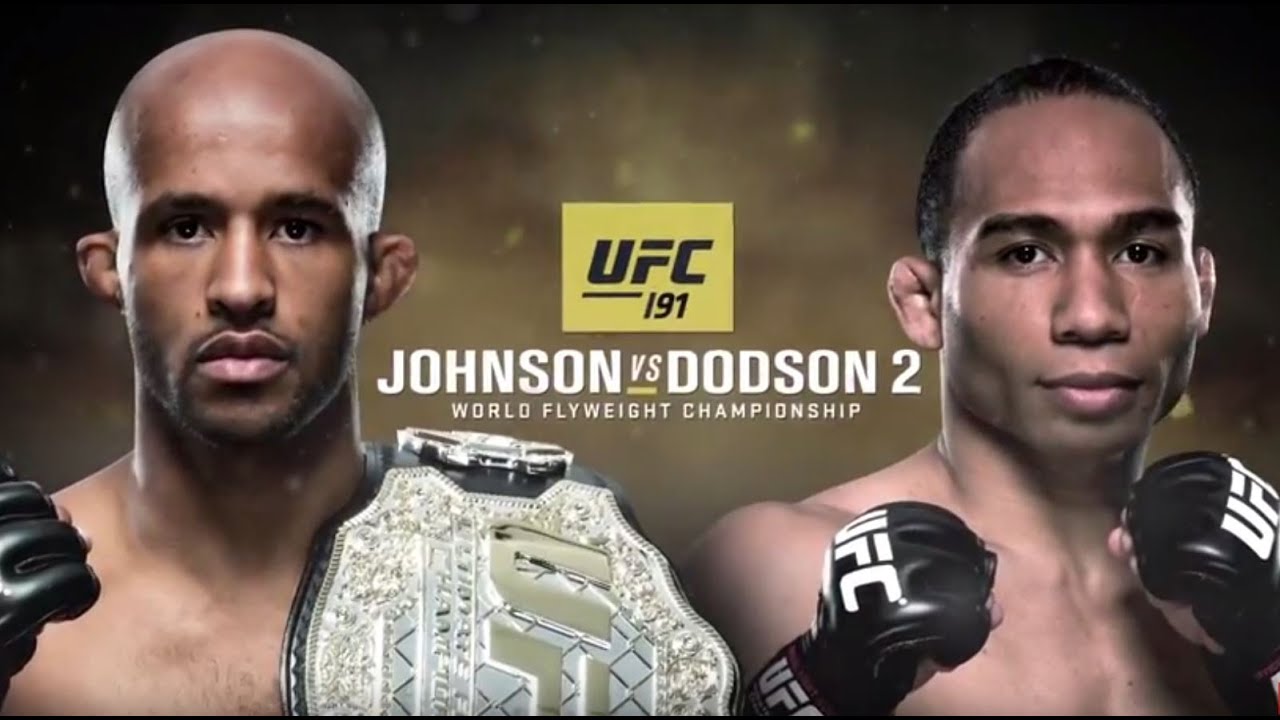