Andrews: Most of us underestimated Holly Holm at UFC 193

Now that UFC 193 is now in the books, it’s time for the fans that torched the idea of Holly Holm (10-0-0) challenging for the UFC bantamweight title to come clean.

In case you were living under a rock, Holm proved she was indeed a worthy challenger at UFC 193, upsetting former champion Ronda Rousey (12-1-0) to become the new champ.

They were perfectly legitimate reasons to pick Rousey for the fight. But now that it’s over, it’s time for many of us to openly admit it.

Let me start off. I underestimated Holly Holm.

I didn’t think Holm could pull off the perfect fight, thinking the fight would go three rounds with Holm going down as the toughest challenger for Rousey to date.

I was wrong. Dead wrong.

Holm dismantled Rousey with the skill of a surgeon.

And Dana White was right; Holm was indeed a worthy challenger.

A lot of the “hardcore” fans are now playing it off, like they knew this was going to happen all along.

But FOX Sports 1 analyst Rashad Evans didn’t underestimate her. Nor did the Fight Network’s Robin Black. And neither did Vegas Dave.

Give them credit for making the right pick and the right reasons.

And look at Tristar coach Firas Zihabi’s excellent video breaking down the fight.

There  are legitimate questions for Rousey’s trainers and her future. Rousey said on Instagram she’ll be back, but we’ll have to see what happens.

Meanwhile, the interesting part is a wide-open bantamweight division. 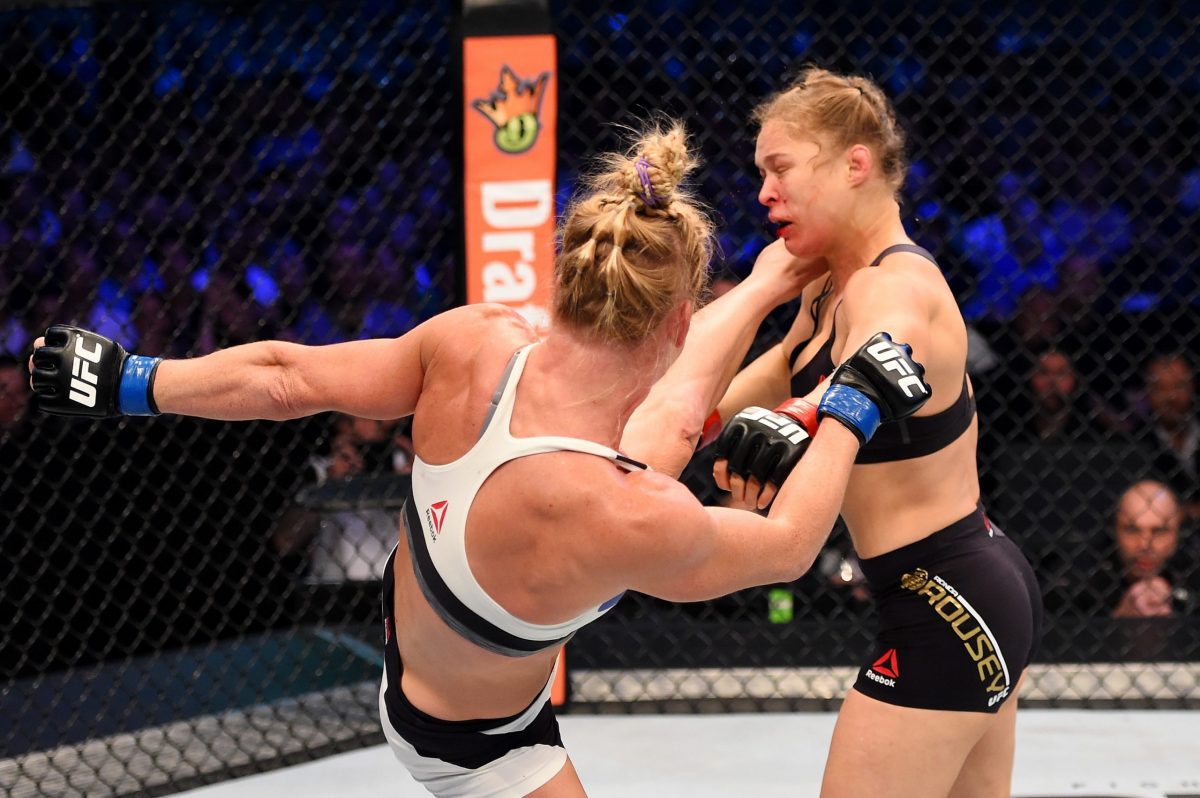