Michael Bisping (28-6-0) has the opportunity of a lifetime. He has the chance to defeat the greatest mixed martial artist of all-time, No.5  Anderson Silva (33-6-0, 1NC), with an entire nation in his corner.

The 39-year-old Silva has never appeared more vulnerable. But Bisping’s preamble antics appear to have lit a fire under the former middleweight champion.

Andrews: Tough one to call. Both guys have suffered misfortunes in previous fights, but Pickett is on the bubble with a three-fight losing skid. It took dynamic striking by Almeida to steal the win and Rivera will need the same, which he can do. But Pickett knows he will likely be cut if he loses and I’m going to go with the guy who should be desperate to get the win.

Andrews: Nakamura looked like a midget next to Breese at the weigh-ins, but don’t be fooled. Breese needs to keep this fight on the feet to win. If it goes to the ground, then Nakamura will have a major advantage. I think Breese despite his relative inexperience, can use  his striking to get the decision.

Andrews: We saw Leites gas out in his last fight against Bisping, and Bisping didn’t use any wrestling or ground tactics. Mousasi will use his grappling to nullify Leites’ striking, soften him up and his BJJ and then take it to the ground and work the submission.

Andrews: I was worried about the rapid aging of Anderson Silva until I saw the Embedded series. Now, the only problems will be the confidence of his  health and the clowning he likes to do. He cannot afford to clown around anymore during his fights. He’s got to take care of business against Bisping, who can make him pay if he doesn’t show up to fight. Fortunately, Silva seems to understand the gravity of a defeat here. Bisping should have let a sleepy Silva sleep. 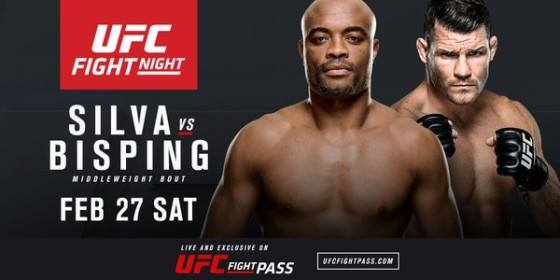