Johnson is riding an eleven-fight unbeaten streak (10-0-1) and last defended against Henry Cejudo at UFC 197 in April.

The announcement was made on FOX’s UFC Tonight show.

Reis won a decision over Dustin Ortiz at UFC on FOX 18.

Robbie Lawler defends his welterweight belt against Tyron Woodley in the main event of UFC 201. 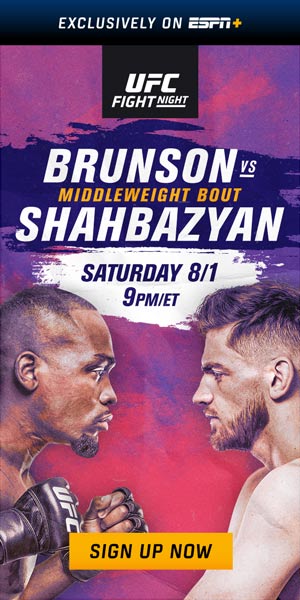