My day started at 6:30 a.m. with a text from my coach AJ Sims that said: “Let’s start pounding the water. I want 2.5 gallons in by 1 p.m.” This was all mapped out days before, but AJ likes to be on top of his athletes every second of the day when it’s close to showtime with high-carbohydrate meals destroyed throughout the day just to keep my crazy metabolism from dropping weight. Throughout this day all I did was eat, sleep and repeat. As the day progressed, my nerves got a little more heightened and the demons started creeping back in.

Then came 5 p.m. and it was time to head to my spray-tanning appointment. Things were going smooth at this point until I got to the venue and saw all the massive competitors. Then my entire world turned upside down with fears and doubts.

“I’m going to lose, these guys look huge, I don’t know what will happen if I lose, I will never be the same if I lose.”

These were the thoughts and fears going through my head as I was standing in the tanning tent.

Now it was time to head to check in with my coaches AJ, Nikki Sims and master posing coach Kenny Wallach. Filled with fear and doubt, I was afraid to take my clothes off to pose so my coaches could look me over.

Kenny was up first and began to correct my posing but gave a nod that I looked good after hitting a “most muscular” shot by saying, “Done.” Then AJ and Nikki arrived and seemed in awe as I posed with AJ saying, “It’s game over bro, no one has your physique, structure and lines. It’s a done deal.”

This woke me the hell up and the fight and the confidence in me came back.

Now it’s 8 p.m., twelve hours from show start and we’re eating lots  of clean foods. The defining moment was a few minutes after this meal as i walked past the mirror and saw a full-shredded bodybuilder. I took pics, texted AJ and his reply was, “Boom.” AJ texted me every hour for weight and instructions for my next meal at 12 a.m., which was 12 ounce steak, 300 grams of white rice and 20g of almond butter. I took a brief nap from 10:30 p.m. to my next meal at midnight and this was where I messed up.

I ate the 12oz steak and rice but forgot the 20g of almond butter. It wasn’t until about one hour after the meal that I realized I forgot the almond butter and freaked out texting AJ that I messed up and because of it, I’m going to lose the show. His response was, “We are fine, go back to bed.” Then came another meal at 2:15 a.m. and 3:30 a.m. followed by a nap until waking at 5:30 a.m. for my next meal and getting dressed to head over to the show.

At this point it’s 7 a.m. and nerves are through the roof, but in a good way. Then a text message comes in from my 13-year-old daughter Meoshe that says: “Today is the day you show what you’ve been working for. This is why you made me hold the stopwatch every night for ten seconds as you held each pose. You are a warrior, The Zulu and I love you.” That woke me up giving me energy and focus I’ve never felt.”

Backstage in the pump room with all these superhuman bodybuilders and I’m kind of worried as I start asking AJ and Nikki: “How do I look? Do you see anyone that can challenge me, what about that guy in the front of the line?”

Nikki answered first by saying: “Hell no! You’re on a whole different level.” As we are lined up ready to go out to the stage, my posing Coach Kenny Wallach came over, made me hit a couple of poses, smiled, hugged me and said, “Go take it.”

I’m ready to fight, I’m so amped up. My name is called, I walk out on stage and I can see all my coaches , family and close friends that made the trip. I posed like my life depended on it.

Then, they had us all stand to the side as they picked the top six or seven in what’s called the first call-out, AKA The Best of the Best. My number was called and I was locked and loaded for a posing battle. Immediately, I was placed in the center, which 99.9% means this is who the judges think is number one. I could hear my coaches and friends yelling and cheering me on as I posed the best I ever have. After being in the center in both categories, pre-judging was over and immediately my coaches embraced me saying, “New IFBB Pro. It’s happening tonight.”

Kenny put both his hands on my cheeks while looking at me with  pride and that moment my heart melted. AJ gave me instructions and it was time to eat and rest until the Finals for results at 5 p.m.

Back at the hotel, I wasn’t convinced I won because nothing like this ever happened to me. Filled with hope, excitement, but also leaving some room for possible bad news, I laid in bed thinking about all my family and friends that helped me get to this point. From helping me pose after every training session even when I got mad and frustrated over my posing and yelling at them, they knew how much I loved them and I knew they were only trying to help me be my best because they too were invested in my success. All of the days from the last ten months were playing through my head.

We’re back for Finals and it’s time for the results of the first category. Standing on stage, hearing the placings from 5th to 4th to 3rd to 2nd and I’m thinking “Oh my gosh I’m a pro bodybuilder.”

In an instant, a childhood dream came true as the emcee said, “And your first place winner is #436 Ferlan Bailey.” It hit me like a comet as I bursted into tears of joy and heartache because my grandmother Anges Bailey wasn’t  here to see this moment. Still filled with emotion doing an interview, I was still joyful of the win and my coaches getting me there, yet heartbroken when I spoke about my grandmother and the two dear friends I lost this year in Dean New and Compton Budhan.

Coming back stage after the interview I embraced my coaches, then AJ and I had a moment that words can never describe. Journey completed. God was at my side the entire time along with my family and dear friends who would not let me fail.

I am now an IFBB PRO and this new journey has just begun. 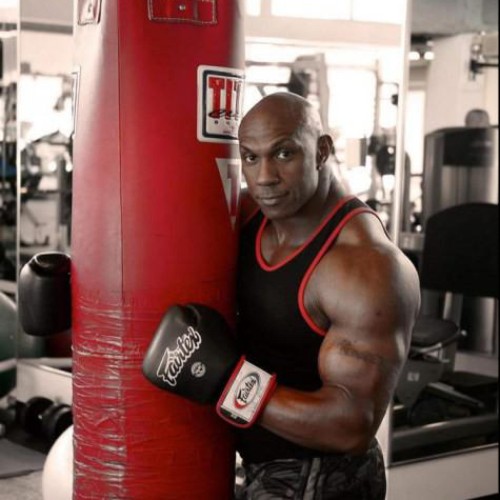 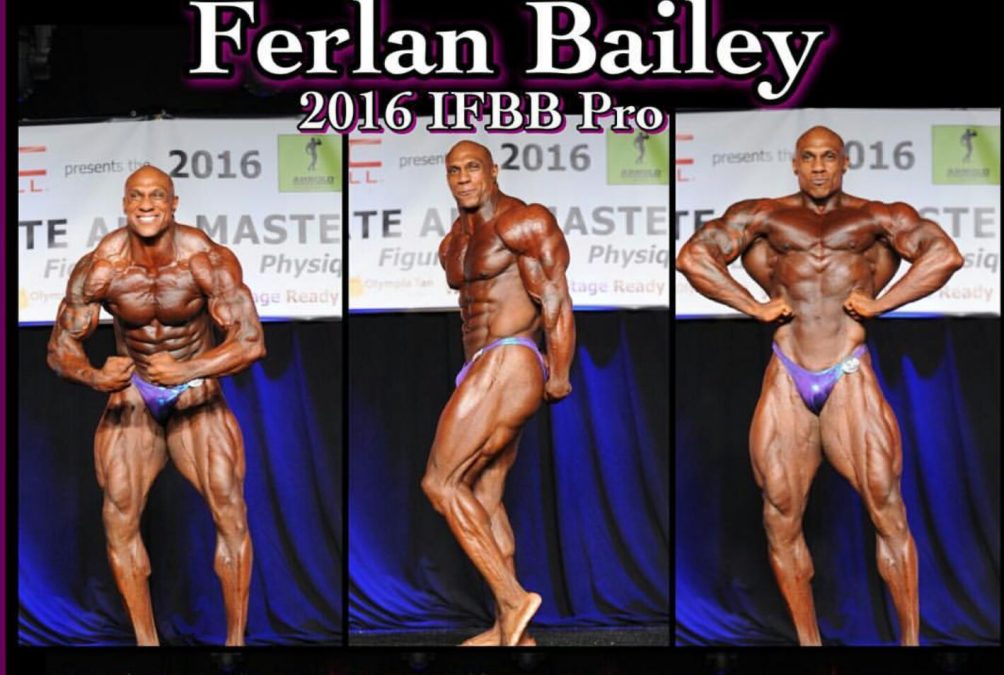