The opening ceremonies of the 2016 Rio Olympic Games are hours away. This year, male boxers are competing without headgear for the first time since 1984.

After thirty years of scientific studies from the Amateur International Boxing Association (AIBA) medical commission, it was determined headgear is actually a deterrent and created more opportunities to be struck and caused more concussions as the head gear shifted and limited their ability to see and react to punches in order to protect themselves. This, in addition to the ability to counter quickly. This should improve the overall quality of boxing in Rio.

Canada has three (3) representatives in Rio:

Arthur will compete in his first match on August 11th at 10:45AM local time in the light-welterweight 64kg division.

The women to watch for in the flyweight category are Canada’s Bujold and Great Britain’s Nicola Adams, who returns to the ring with her 2012 Olympic gold medal. There is also China’s Ren Cancan and Kazakhstan’s Zhaina Skekerbekrova.

The battle will be between Bujold and Adams. Nicola has the first seeding due to her 2012 gold medal win and she is skilled with sharp combinations.  However, I think Bujold’s hand speed and power is unmatched. Bujold giving Adams a tough time is possible and even probable, if and or when that match-up unfolds and I see Bujold coming home with the gold medal.

Arthur Biyarslanov has a great hook and is lightning fast. I think he is in tough, as his weight class is stacked. Great Britain’s Joshua Kelly is a sharp young welterweight whom I believe will be in the Finals and is the front runner for the gold. I predict Biyarslanov and Kelly in the Final. It’s a battle of power and strategy, but in the end Kelly should reign supreme for Great Britain, with Arthur settling for silver.

Almost 3 years ago i wrote this on a piece of paper. Now i look at it every time i use my phone #Rio2016 #Teamcanada pic.twitter.com/q1afPUeF21

Quebec City’s Ariane Fortin, 31, is the female middleweight hopeful. She is competing in her first bout August 14th at 10:00 AM in the middleweight category. She is the 2014 Commonwealth Games silver medalist and in 2012, lost on a split-decision in the 2012 World Championship to Savannah “Silent Assassin” Marshall. Marshall was the first British female boxer to win the world title.

Fortin’s biggest and toughest challenge will be American defending 2012 gold medalist Claressa Shields. Shields is skilled with powerful fast hands. Fortin will need to be strategic with a busy jab to keep Shields off-balance and not to let her get into rhythm, or else it could be a long day. I expect Shields to defend her title if she says true to form. It’s no shame for Fortin to collect the silver medal.

Regardless, I think we will see better boxing in Rio. The females will still be in headgear, while the males will be competing without the head gear. That alone will improve the skills and strategies right off the bat.

Day 2 of the Olympic Boxing Competition

Day 3 of the Olympic Boxing Competition

Enjoy the fights everyone! 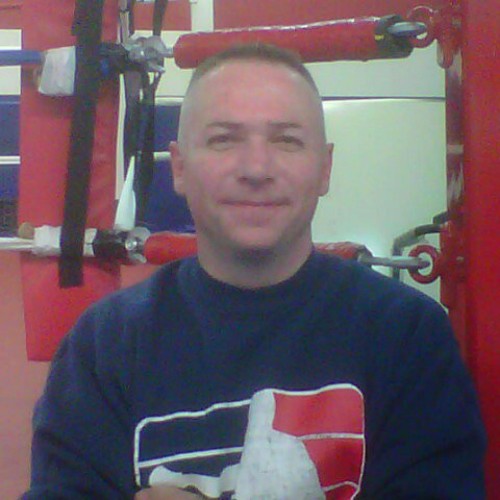