‘His life was his daughter:’ Edouard ‘Papa Spyk’ Gheur, dead at 53

RIP Edouard Spyk Gheur . The world has lost another great man. Condolences to all his friends and family.

MMA Crossfire Vault: A Naughty Thing Called Life moves from the page to the screen

Gheur’s girlfriend, Sharon Collier, told The Crossfire the cause of death was a brain seizure. “(Got a) message from his father about 10 p.m. they turned off his life support off,” she explained. “Died 11:37 p.m..”

“Spyk was more than my friend, he was an amazing man,” said actor and friend Winston Ellis to MMA Crossfire. “He touched the lives of so many, even those who never got to meet him. When (people) listened to him speak, you where always filled with sense of here (of) here is a man with passion, belief in self, honesty and openness I’ve not encountered before.

“God blessed our meeting just over a year ago now and as you know, our plans are to turn his story into a film. I made him a promise I would see this done. On Monday, we communicated via text just before his operation and we joked and shared stories. But, the one promise that was made was that his story would be told the way he wanted it to be, and I will do that.”

Gheur was situated at the Liverpool Heart and Chest Hospital since Aug. 11 for an aortic dissection. While undergoing tests, several aneurysms were  discovered that had to be immediately removed.

“I only have eight inches of my natural aorta left and I now have a three-inch aneurysm right next to my heart that could rupture at any time,” Gheur explained on his Facebook page.

“The rest of my aorta has already been replaced in 2009 from my heart down both my legs. The surgeon who will be doing this operation, after reading my medical history could not believe I’m still alive and said with what I’ve already been through and overcome, said he has faith that I will get through it, but the one thing he did say is that there’s 90 percent chance I may end up paralysed again.”

“The aneurysm that has ballooned out in my abdomen needs to be replaced immediately cause if they burst at any time and it’s instant death, so they have to replace them both immediately,” Gheur continued. “I’ll have to come back after I’ve fully recovered from the op (operation) and have the next one done and then other one and he said they won’t know till they open me up what they can do tomorrow. He’s given me 2-4 per cent chance of surviving the operation and I asked if they could do all three at the same time and he said if they do that they are giving 1 per cent chance of staying alive.”

it's so sad. I only met him once but he was lovely & welcoming! Such a sad sad loss X X X

Much of Gheur’s story has been written in his memoir series of books, most notably A Naughty Thing called Life: The Papa Spyk story, which is currently being made into a movie.

Edouard Gheur was born June 28, 1963 in Liege, Belgium. He grew up in South Africa, Canada, Florida, Chile before settling down in England.

After playing professional rugby in South Africa, he went into modelling and film stuntwork, It was around 1997 – while situated in Santiago, Chile – where he started experiencing problems with his heart. After several operations, he survived to the amazement of doctors and the experience left him wanting to share his story as a learning tool for others.

“I loved living on the edge. It made me feel alive,” Gheur wrote on his website. “My heart and intentions had always been good. As my closest friend says ‘if you have a good heart, it all works out for the best,’ though it may take a while. Having been so damn close to death has made me so aware of everything around me. I appreciate all of this and I will never as long as I live, take anything or anyone for granted.”

Northreel Films have made a Short Documentary Film of 'A Naughty Thing Called Life…The Papa Spyk'http://t.co/0Q8D7z9ggW

“His aim in life was to have his life story told, his book into a movie,” actor and friend Reece Dry said. “Myself and the rest of the brothers will ensure this gets done.

“He wanted to get his message across to as many people as possible, a positive man with a great heart and good intention,” Dry said. “He wanted to help others and i know he touched the heart of many, and will continue to do so.”

Gheur is survived by his daughter Angelyna, two brothers, sister Nathalie, and parents.

“It is so rewarding when you make a difference to someone’s life,” Gheur said to The Crossfire in December 2015. He shared his holiday traditions at the time, lamenting he was not able to see his daughter on Christmas Day, therefore making sure to celebrate it with her the weekend before.

As of this writing, the Facebook reaction to Gheur’s death has been noticeable, with many taking time to pay respects from all over the world.

“Because (of) the bond they have was pure love from father to daughter. And she loves her Papa. It’s devastating and I should know. I lost my father nine years ago and it still hurts. Everyone takes death in their own way. He was a fighter and humble man who loved everybody as we loved him too.

“Edouard was a true loyal friend to me. And he was funny, always made you smile. I will miss him tremendously.

“RIP my friend, until then.”

“Ed was my friend,” actor and singer Patrick Muldoon added, from France. “He was loyal. strong, hilarious, warm – if he gave you his word you could take it to the bank- crazy in the best ways. He took life by the throat, but he had a sincere appreciation for it.

“He was as tough as he was sensitive and compassionate, just a solid solid human being …  He stayed alive after a handful of heart surgeries for his daughter.

“I know she was everything to him.”

Gheur will be cremated Aug. 23.

Polina Grace: Doubling Down on Giving up (on giving up) 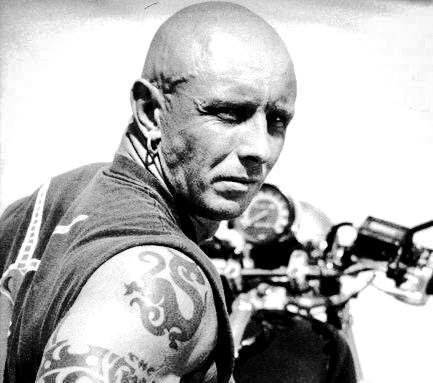