Edouard “Papa Spyk” Gheur‘s life story continues to impact whomever it encounters. No one knows this better perhaps, than his girlfriend Sharon Collier.

The following is an edited conversation. A further note that Collier had not been contacted by any media at the time of contact.

MMA Crossfire: How long have you known Spyk?

MMA Crossfire: And so you’ve been his girlfriend for the whole year.

Sharon Collier: Yes.  We broke up for a short time recently, then Spyk wanted us to try again.

MMA Crossfire: How long was that breakup period?

MMA Crossfire: Can you describe your thoughts when you heard the news?

Sharon Collier: On his way into the theatre, he said to me, ‘I think this is goodbye.’ The operation was the first to be done in the U.K., as Spyk told me. I was really worried he might not be strong enough to survive such a procedure (aortic dissection).

The operation went fine. It was when he came out of theatre he had a massive seizure to the brain stem. They said he wouldn’t make it through the night, but he did. and I thought maybe he would pull through again as he did last time. But, no.

MMA Crossfire: The official cause of death was a brain seizure.

MMA Crossfire: When did you get the call?

Sharon Collier: I received a message from his father about 10PM that they turned life support off. He died at 11:37PM.

MMA Crossfire: You were hopeful he would pull through like the other times.

Sharon Collier: I think we all live in hope, praying for a miracle. But deep down inside, I did wonder if he would survive such a huge operation. He just wasn’t strong enough.

MMA Crossfire: What did you do or think after 11:37PM?

Sharon Collier: I was numb, or as Spyk would say, heartbroken.

MMA Crossfire: Can you describe the family’s reaction?

Sharon Collier: His father was very strong. I feel so proud of him. He sent me a beautiful picture of him holding Spyk’s hand.

It’s been a tough day. I’ve been at Spyk’s home all day, sorting his things out.

MMA Crossfire: We appreciate you answering these questions Sharon. Did you live together as a couple?

Sharon Collier: I used to go stay on and off. He wanted me to move in, but it wasn’t practical.

MMA Crossfire: Can you recall how the rest of the morning and evening went after 11:37PM?

Sharon Collier: Just so many friends sending condolences. It filled my day. Actually, physically what I did was all a blur. I did call the doctor, who was very supportive and prescribed me sleeping tablets. Something which I hardly ever take. But I knew if I didn’t sleep, I  couldn’t cope with the days. I am getting a lot of support from friends of Spyk message-wise.

MMA Crossfire: The support has been helpful.

Sharon Collier: Plus my own friends and family. I went to sleep at 11.30PM and slept well. Thank God, as the night before, I was phone-watching for updates on Spyk.

Sharon Collier: That is something I don’t know as of yet.

MMA Crossfire: People from all over the world have been paying their respects. How does that make you feel?

Sharon Collier: He spent his life interacting with people all over the world. It’s what kept him going, as he was laid up in bed most of the time.

MMA Crossfire: What do you think his legacy is or will be? How should he be remembered?

Sharon Collier: His greatest wish was to make a film on his life story, as a legacy to his daughter. I hope it comes to fruition.

MMA Crossfire: Are there any details on the funeral arrangements?

Sharon Collier: He will be  cremated  (next) Tuesday. Then, I will be traveling up to Liverpool to collect his ashes, probably Thursday, as his parents are moving to Florida. The ashes will stay with me until they return to the U.K. to pick them up.

MMA Crossfire: Thank you for talking with us Sharon. Is there anything you wanted to let the readers know before we go?

Sharon Collier: He was in such pain. He lived his life to the fullest, until the very last minute. Thank you so much for inviting me, Kenai. 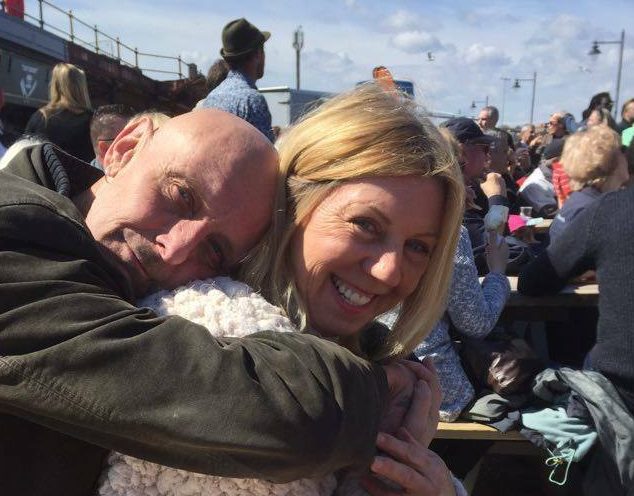