McGregor started off fast, using his string and leg kicks to knock Diaz down several times and pile up the points. But unlike when Diaz was in danger in the first fight, he picked his shots carefully throughout, to minimize punching himself out.

McGregor eventually started to tire in the third round, which Diaz sensed and capitalized on. The Stockton native unloaded an offence of constant strikes, many of which found McGregor. For a moment, it looked like Diaz had waited for McGregor to fatigue, before going on the attack.

But the Irishman found a second wind in the fourth and fifth rounds. Diaz landed a late takedown in the final frame, but it was with seconds left to go in the fight.

McGregor and Diaz earned Fight-of-the-Night, while Anthony Johnson and Donald Cerrone took performances of the night. Each fighter earned a $50,000 USD bonus.

McGregor indicated his leg was injured and called for a trilogy fight down the line at 155 pounds, while Diaz in the post-fight interviews and press conference revealed he had rib and knee injuries that affected his training.

Kenai Andrews checks in with his thoughts.

Andrews: Uda gave it a good go and had Vettori bleeding, but Marvin  responded and cranked up the guillotine. Excellent win for Vettori.

Andrews: This was a one-sided fight for the most part. Covington piled up the points, but good of him to look for the finish. Great win for Colby.

Andrews: Larkin stepped up to the competition of Magny and put in the performance of his career thus far. Welterweight is where Larkin needs  to stay and it will be interesting to see how high he can keep flying.

Andrews:I think its time for Markos ask herself some serious questions about her training. She was ineffective striking wise, and she cannot simply rely on her wrestling, particularly against bigger opponents such as Casey. Courtney didn’t panick when she was taken down, worked out of it and secured the armbar. Great work for Cast Iron.

Andrews: Not exactly a barnburner of a fight. One guy was landing but not trying to finish, and the other had trouble expecting strikes. We all know who was who.

Andrews: Good fight. Pennington outworked Phillips. and it seemed she found something much more after the fight. Great win for Rocky.

Wiseman: Cody did what he does. He broke Takeya down early and then swarmed for the finish. Another excellent win for No Love. Dominick Cruz might be paying more attention now.

Andrews: Tim Means looked much more engaged than at the weigh-ins. Homai tried his best, but eventually gassed and Means used that and his inexperience to lay a beating. Great win for Means.

Andrews: Perry landed those power shots and Lim was valiant in trying to survive, but they were just too much. Mike Perry has arrived.

Andrews: That was an impressive performance, putting away someone like Story in that manner. Please stay at welterweight, Cowboy!

Andrews: Did you see Glover’s tooth fly out? Amazing performance by Rumble. That is all.

Andrews: Conor paced himself this time. He fatigued, but found his second wind and took three rounds in my eyes. Diaz started to cook in the third. The judges scored it right. No one was robbed here. I along with everyone is interested in the trilogy fight. 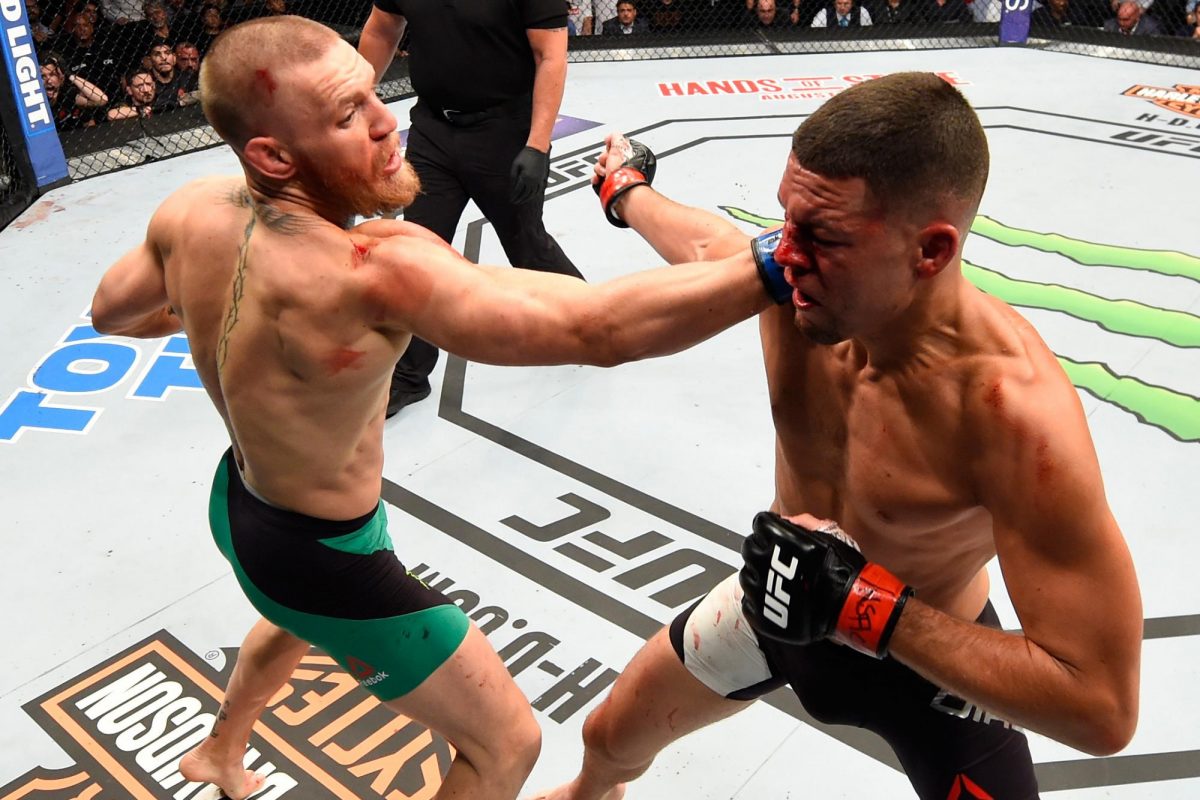