Shields, a double Olympic gold medalist before turning pro in November 2016, and who was escorted to the ring by new UFC women’s featherweight champion Cristiane “Cyborg” Justino, overpowered Adler with her work rate, landing 136 punches with 118 of them power punches. The German registered six punches the entire fight and failed to land a single punch in the first and the fifth rounds until the referee stopped the bout at 1:34.

“I definitely felt like it (the GWOAT) when I was in there,” Shields said afterwards. “In the first round, I didn’t have any nerves or was nervous. I was ready for a war, and dominate, and knock her out.”

“I worked real hard in the gym, I trained, I ate right, I went to sleep on time, I was real focused,” Shields added. “I blocked all negativity. Getting the knockout gave me joy.”

Shields next opponent could be Kazakhstan native and German resident Christina Hammer (21-0-0, 9 KOs), who attended the fight.

Female fighters around the world weigh in on Claressa Shields vs. Savannah Marshall

Ahead of upcoming U.S. fight, Toronto’s Rachel Greenwood opens up on her weight-cutting and nutrition journey 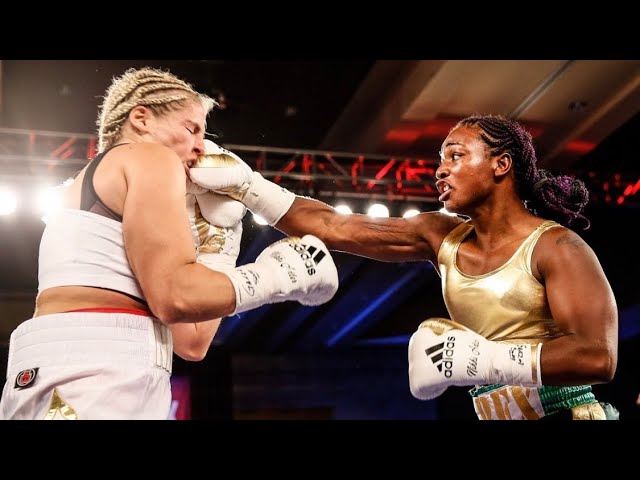