The UFC is in Austin, Texas as welterweights Donald Cerrone and Yancy Medeiros made weight and are preparing to throw down in the main event. 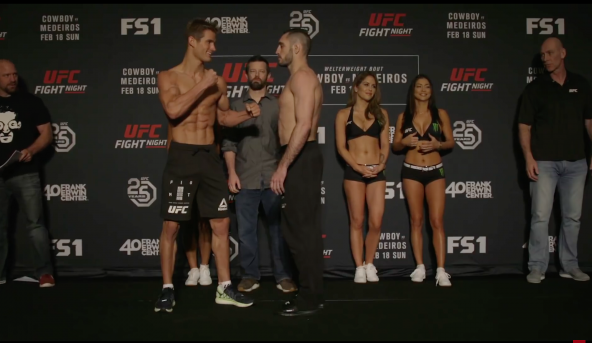 Andrews: Sage has got this one, after a few moments of difficulty. 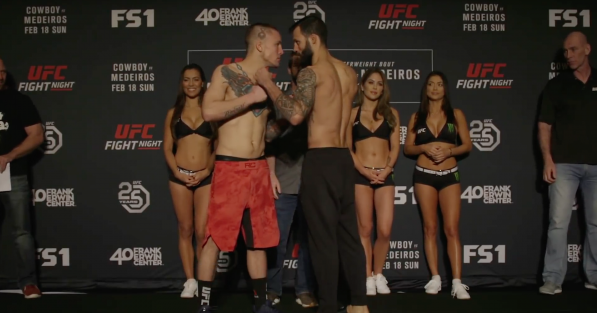 Andrews: Millender is making his octagon debut from LFA and has a big six-inch reach advantage, but he’s never faced a quality guy like Alves. The Pitbull’s chin isn’t like it was, but he has the experience that money can’t buy. 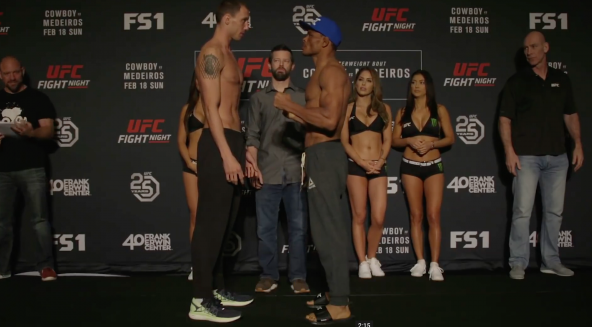 Andrews: I think Vick can deal with the wrestling of Trinaldo and land enough strikes to take the fight on points. 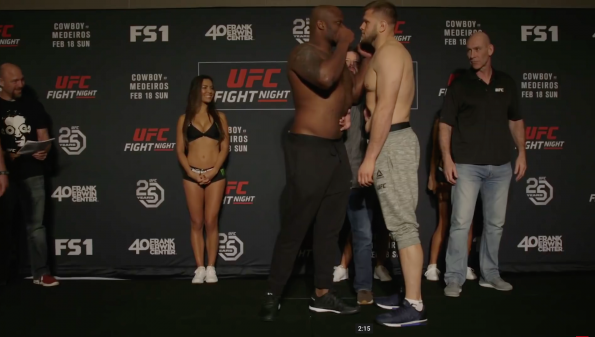 Andrews: Tough one to call. Lewis is a tough guy but Tybura is the more technical guy who isn’t as powerful. Look for Tybura to wear Lewis out if he can’t crack him. 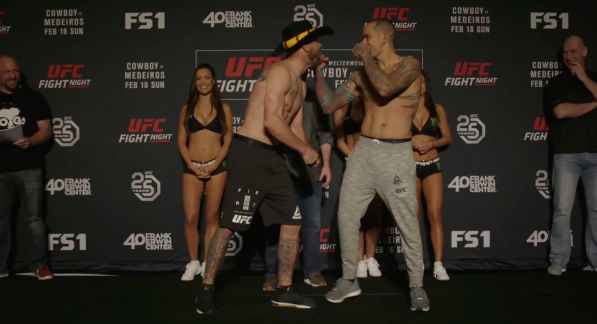 Andrews: Which Donald Cerrone is going to show up? Yancy is hungry to win, like Cerrone used to be. Cerrone still has the skills to win, but can be overcome these days. Despite Cerrone being the superior fighter on paper, I have to go with Yancy’s determination to steal the fight.