But then, almost everyone lost their cool after a brawl ensued, prompting the Nevada State Athletic Commission (NSAC) to promise a thorough investigation.

Tony Ferguson and Anthony Pettis secured Fight of the Night, while Derrick Lewis and Aspen Ladd earned performances of the night. Each fighter earned a $50,000 USD bonus.

Andrews: The action picked up late and Martin turned on the head kick that put LaFlare away. Good win.

Andrews: Patrick was on his way, but got sloppy and Holtman capitalized. Good win.

Andrews: Wow! I guess the Cyborg beating took a lot of the starch out of Evinger. Never saw her get dominated at 135 like that. Great win for Ladd.

The spinning elbow landed, but Luque ate it, then delivered the finishing blows.#UFC229 pic.twitter.com/Bdn6RUV8o8

Formiga gets the back early in the 3rd round!#UFC229 pic.twitter.com/qffGHpfRfM

Andrews: The experience of Formiga was too much. Good win for Jussier.

Andrews: I was surprised how Waterson controlled the fight with her striking. Herrig couldn’t get much of anything going on the ground. Good win.

The punch that set it all up ..@TheBeast_UFC #UFC229 pic.twitter.com/htDdD2cpLt

Andrews: Lewis was losing the fight, but caught Volkov with a big right hand with 11 seconds to spare. Lucky?

The punch that sealed a dominant performance for @DomReyes!#UFC229 pic.twitter.com/aQDxtDV6ZB

Andrews: OSP got outstruck, plain and simple. Excellent win for Reyes, should have been a finish.

Andrews: Pettis was right in it until the broken hand forced the stoppage. Great fight and performances by both fighters.

Khabib gets another takedown! #UFC229 pic.twitter.com/N6CRrXdzcl

Andrews: The fight went pretty much as expected except Khabib outstruck Conor as well. It’s clear Conor could have used a tune up fight as he was rusty in the cage. And yet he was competitive with a real killer. Khabib did very good, but professional fighters keep their cool. Both fighters and camps need to learn that lesson. 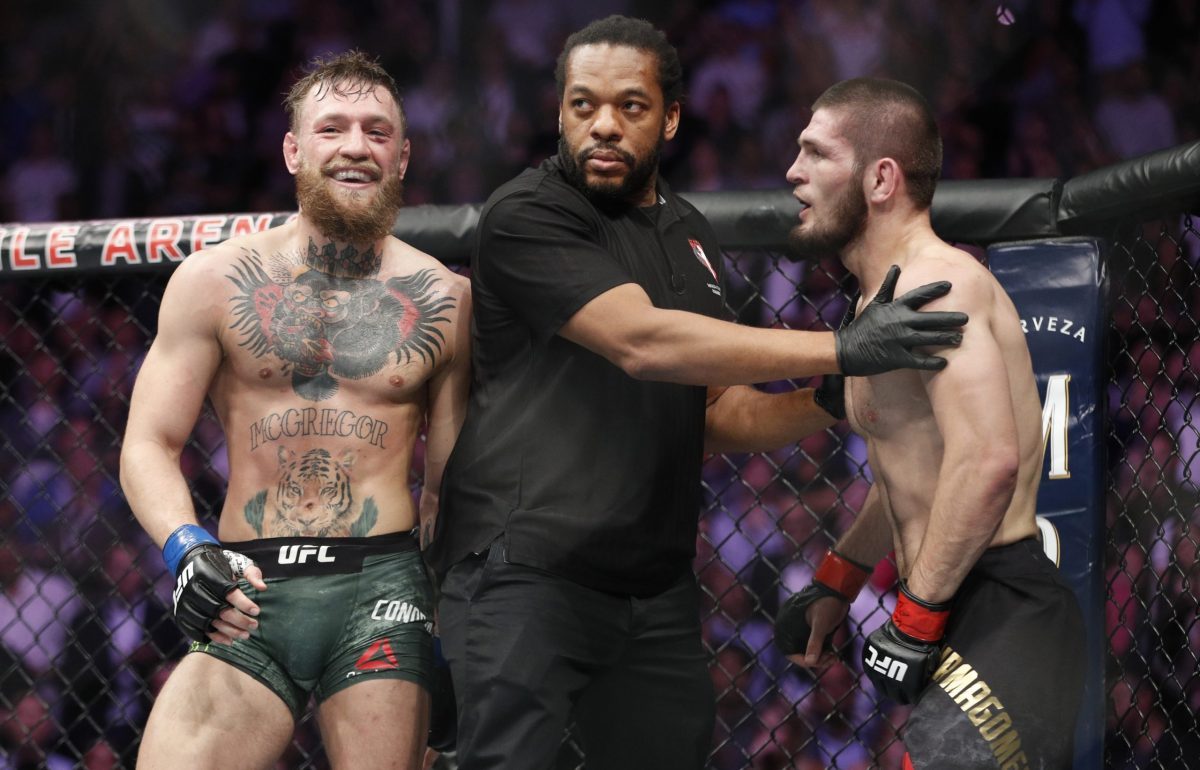