From Avengers: Endgame to Black Panther, martial arts continues to flourish in the blockbuster movies we all know and love. But to prolific producer Bey Logan, martial arts is not just a key element to an entertaining action movie, it is a way of life.

Born in England, and currently residing in Hong Kong, Logan started from writing and editing some of the legendary martial arts magazines to working with key figures in the martial arts and movie worlds, eventually helping to produce films like Crouching Tiger Hidden Dragon: Sword of Destiny, all while training his favourite martial art of Kung Fu.

Logan has another interesting film on his hands – Lady Detective Shadow. It pits the character of Sima Feiyan, a cerebral, dignified, yet combat ready female detective investigating a series of murders near the badlands of Old China.

Lady Detective Shadow was originally released in China in 2018 primarily as a made for TV movie. It is being re-released for North America in 2019 via digital platforms like like iTunes, Google Play, FANDAGO, Amazon, FlixFling, Hoopla, Vimeo on Demand, and Vudu. Territorial rights for the film are also being explored at the upcoming Cannes Film Festival/ Marche du Film, which starts on May 14.

The Crossfire spoke with Logan about the film and some other related topics.

Editor’s Note: This interview has been edited for length and clarity.

MMA Crossfire: Can you reveal the primary reasons for selecting Shang Rong for the lead of Lady Detective Shadow? What was it like working with her, Zhang, and Qin?

Bey Logan: The director of Lady Detective Shadow, Si Shu-bu, had worked with Shang Rong before on a TV series, and always had her in mind to play the lead. We needed someone who had that combination of beauty, intelligence and a kind of kick-ass physicality. It’s what I call The Michelle Yeoh mix. And Shang Rong definitely has it. There were two new warrior women I worked with last year, her and Li Ran on Vixen. Everyone on Lady Detective Shadow was incredibly hard-working and professional, which you need to be when you’re shooting in the Gobi Desert!

MMA Crossfire: Was the movie re-edited for its North American release?

Bey Logan: Lady Detective Shadow was primarily a TV movie in China. I actually did look at whether we should re-edit the film for the U.S. I’d been involved in doing that with some earlier Chinese films, like Wu Xia and The Grandmaster, with mixed results. If you get the right cut, the film should work for all markets, like Crouching Tiger, Hidden Dragon: Sword of Destiny did. In the end, it’s the same edit in all markets.

MMA Crossfire: You have worked on many martial arts films and have been a critic of North American martial arts fight choreography in previous interviews. Can you explain why it is important to get this area right and what cares were taken with Lady Detective Shadow to ensure the action was up to standard?

Bey Logan: I think Chinese film-makers will always do stylized swordplay action better than their Hollywood counterparts. It’s really a case of just hiring the right people and then not getting in their way. Some of the latter happened on Crouching Tiger Hidden Destiny: Sword of Destiny to the detriment of the film, so I’ve tried not to let that happen on my subsequent productions.

The team had a free hand on Lady Detective Shadow, and on The Dark Soul, Vixen, and Furie, the other films I was a producer on last year. When you have a clash between the director or producer and the choreographer, it’s always to the detriment of the finished film.

MMA Crossfire: This is more of an observation than a question. I noticed care was taken to establish the culture in the film as well as the Holmes-like credibility of the protagonist. One method is subtle eye glances to indicate thought, convey information, or a key moment to the audience, sort of like Mr. Spock’s eyebrow raise in Star Trek. She reminds me as well of the Street Fighter character Chun Li.

Bey Logan: I agree! That was something that director Si did that I loved, that sense that our leading lady was a beat ahead of everyone else. It was like very Sherlockian, wasn’t it? She has Shadowvision! And then you add in the fact that she can act on what she observes using her martial arts skills, and it really made for a different kind of female lead. There have been so many of these films, it’s a challenge to come up with anything really new!

MMA Crossfire: Some of the CGI in the film has been critiqued e.g horses scenes. Looking back, do you wish you had more time to work with the CGI?

Bey Logan: I wish we didn’t even have to use CGI! I hate it unless its done really well, usually by Hollywood filmmakers, in support of a great story. Most Chinese action films now are these bad CGI-fests. I hate to contribute to that, but, when you’re doing an epic period fable on a budget, you’re kind of stuck with it. There was virtually none in Vixen, not even wireremovals, as we hardly ever used wires. Li Ran doesn’t need that many. Anyway, I hope people can go along for the ride with Lady Detective Shadow, enjoy what’s good and forgive what perhaps doesn’t work so well!

MMA Crossfire: What was the budget for the film?

MMA Crossfire: As you look back on the production, what did you learn from the experience that you are now using on current projects?

Bey Logan: Hmmmm. I think that you’re only as strong as your team, which I’ve always known, but became especially aware of last year in China. When you have the right creative team, as producer, you can step back and let the magic happen. When people don’t pull their weight, you have to be there on the front line every day, which can be exhausting. Lady Detective Shadow had a great group of people working on it, which is why it turned out as well as it did.

MMA Crossfire: Have you used MMA fighters from the UFC or ONE Championship in your films? If not, if you could choose some fighters, who would you like to work with from those organizations?

Bey Logan: To date, I have not. As everyone knows, I’m more of a Kung Fu guy! In terms of MMA style action, the closest I’ve come would probably be Lady Bloodfight. I do enjoy watching some UFC bouts, and I’d be happy to work with their fighters if it was a project that called for it. Editor’s Note: We have an update from Bey: Actually, I misspoke. I did work with a couple of MMA champions on Kickboxer: Retaliation. Not sure how I could have forgotten that! Old age. We had Wanderlei Silva, Renzo Gracie, Roy Nelson, Fabricio Werdum … It was quite a lineup.

MMA Crossfire: What are your thoughts on ONE Championship and the UFC? In particular, ONE’s quick rise as the premier MMA organization in Asia has been interesting and they now have a lot of former UFC fighters on the roster and in management. Many people are fans of ONE’s focus on the values of martial arts as opposed to just MMA. What’s your
take?

Bey Logan: I think that MMA is a fantastic competitive sport for young people. It’s my belief that traditional Kung Fu training is much better lifelong body, mind and spirit practice, and even a better self-defence form, especially if dealing with multiple opponents, or in a weapons fight. People have been trying to tell me we should all give up Kung Fu training now that MMA and BJJ have come along, but I utterly disagree. That said, as a challenging combat sport, it can be incredible. By the way, I actually used to train at Sityodtong, the Thai boxing camp in Pattaya from where the founder of ONE took his name!

MMA Crossfire: Thanks for your time Bey. All the best with all of the films.

Bey Logan: Thank you Kenai! It was a pleasure. 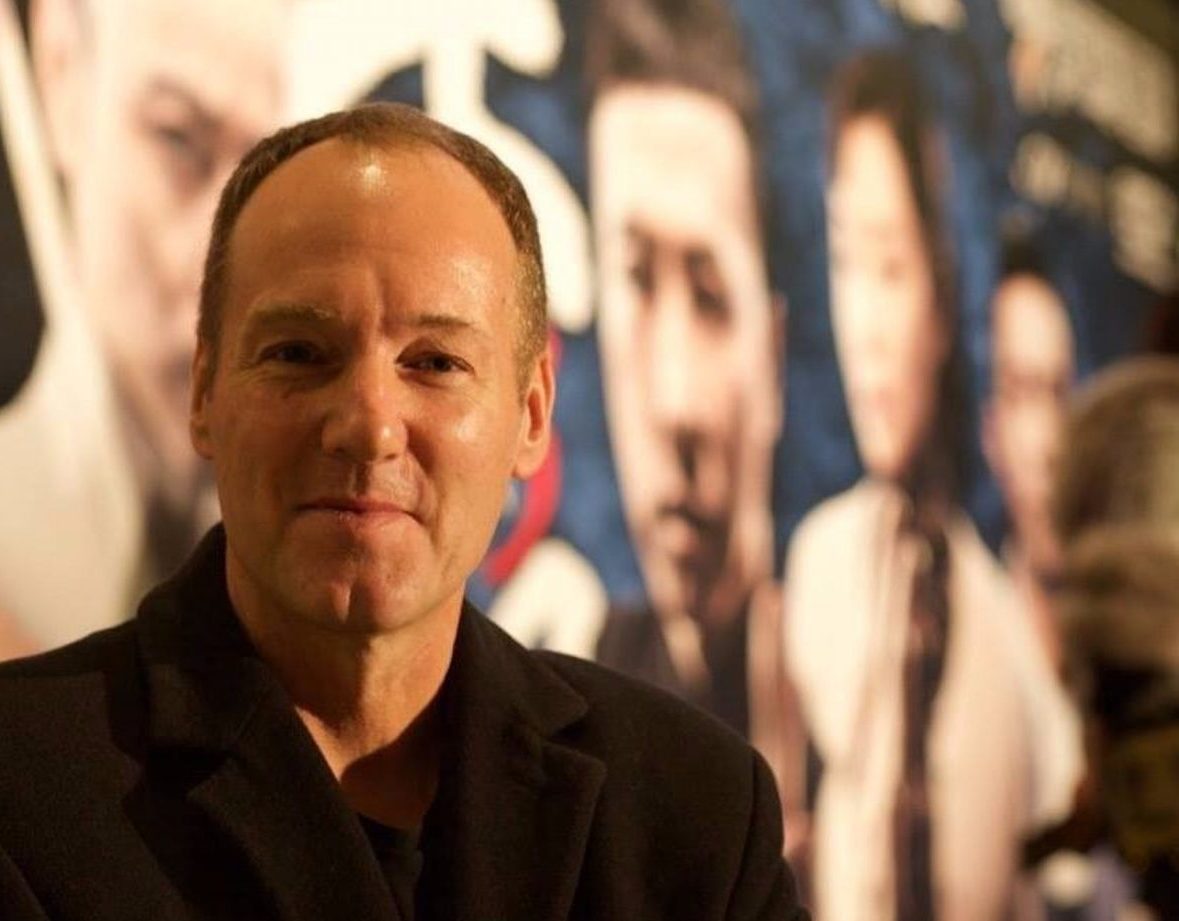