How embracing its flaws allowed Jaws 3-D to be so bad, it’s good

The third dimension is time

Just when you thought it was safe again to surf the internet, another Jaws 3-D article pops up in your immediate horizon like a shark fin.

I remember seeing Jaws 3-D in the theatres in 1983 as a 10-year-old, 3-D glasses and all. It’s worth pointing out that back then, not everyone was internet-smart. I do not recall the audience walking out or complaining in the theatre. I liked it as a kid and though I did notice some of the bigger flaws, it did provide some good laughs and scares for the swimming lessons I was taking around that time. In particular, the Shelby Overmann corpse scene is still tattooed in my memory banks.

As a kid I was not aware of the general adult perception of the film, which was simple. Jaws 3, Jaws 3-D, whatever you wanted to call it, was trash. Sharks roaring and swimming backwards, poor CGI, its many errors have been dissected throughly. This Siskel and Ebert clip is referring to Jaws 4: The Revenge, but you can imagine the review for Jaws 3-D was probably similar.

There were also serious career implications at the time for some of those who were involved. The star actors, Bess Armstrong, Dennis Quaid, and Louis Gosset Jr., rarely talked about the film in interviews. The director Joe Alves, who was the production designer on Jaws and Jaws 2, never directed another feature film again. Lea Thompson, did go on to success after the film, starring in the Back to the Future franchise with Michael J. Fox, but some had to wait for the movie to run its course before they could find steady work again.

Oliver Harper does an excellent job of objectively discussing Jaws 3-D in his YouTube retrospective.

As I grew older, I still liked Jaws 3-D, but was more aware of its flaws and thus more disappointed about what the film could have been. Jaws 4: The Revenge only added to that disappointment.

Fast forward to the mid 2000s, many online movie review forums started to discuss sequel films like Jaws 3-D, usually heaping scorn on it. The discussions made me wonder why I still had a soft spot for it, even though I agreed with many of the criticisms. That’s when I called up the producer Rupert Hitzig as a fan, who to my surprise, agreed to speak with me about the film.

Hitzig explained why the CGI was what it was, the shooting problems on set, the financials, any question I had, he answered to the best of his ability. I think he had heard most of these criticisms before and though he was hearing it again, he could tell I was a genuine fan of the film who was curious about the final product.

I felt like a reporter, posting Hitzig’s answers to an online Jaws 3-D movie discussion site. Alas, I cannot remember the actual movie site and I cannot find the discussion. It’s probably safe to say that pin was pulled.

And that’s where my story should have ended.

But then I ended up working as an online editor and journalist for Canada’s biggest media companies a few years afterwards, which rekindled my interest in putting an actual story together. But, there were a few problems: For one, I had lost Hitzig’s contact information.

Fortunately in 2016, and with the help of John Putch, who played Sean Brody in the film, I reconnected with Hitzig, almost a decade after initially cold-calling him. He remembered me and again agreed to talk about the film, and even sent me some material that would be of interest to fans.

By the way, here is a great interview with Putch on Jaws 3-D.com by Romain Neophyte.

I initially aimed to write this story in 2016, but could never really find the time to put everything together. But a recent conversation with movie producer Bey Logan again rekindled my desire to get back on track.

So, here are some of the things Hitzig revealed in 2016 and ten years earlier:

Here is an audio clip of Hitzig talking about Jaws 3-D:

Hitzig also sent this HBO video on Jaws 3-D, which goes behind the scenes and explains some of the challenges filming.

“Take a look and have a laugh,” he deadpanned.

But seriously folks, the special helped change my perspective on the film, particularly with the performance of Louis Gosset Jr. I still think he was subpar, but I now understand the challenges he and the cast had to deal with.

These days, Jaws 3-D, while still a punchline to some, is treated more nostalgically by critics. It helped that with the rise of the internet and social media, many fans of the film have voiced their online appreciation. There is also an excellent French blog dedicated to it at Jaws-3D.com that can be translated to English. Some of the cast like Putch have been interviewed there.

It’s a far cry from the years when the movie came out, when it was vilified and treated as an embarrassment by its own movie studio.

Even some of the cast have now embraced it, like Putch.

Hopefully, I can update this story with more observations from Rupert and other members of the cast (Bess Armstrong, I’m looking at you), should they be willing to speak with me.

This story cannot end without a mention of the excellent soundtrack, which was credited to Alan Parker. He produced a fine soundtrack that still sounds great today.

There you have it. The errors of Jaws 3-D, once a source of embarrassment and ridicule, have become a part of its charm and  turned the perception of the film full-circle. No, it’s not an Oscar masterpiece, nor does it blow away the first two Jaws movies, but it’s still an enjoyable film for many.

So, go ahead. Photograph it. 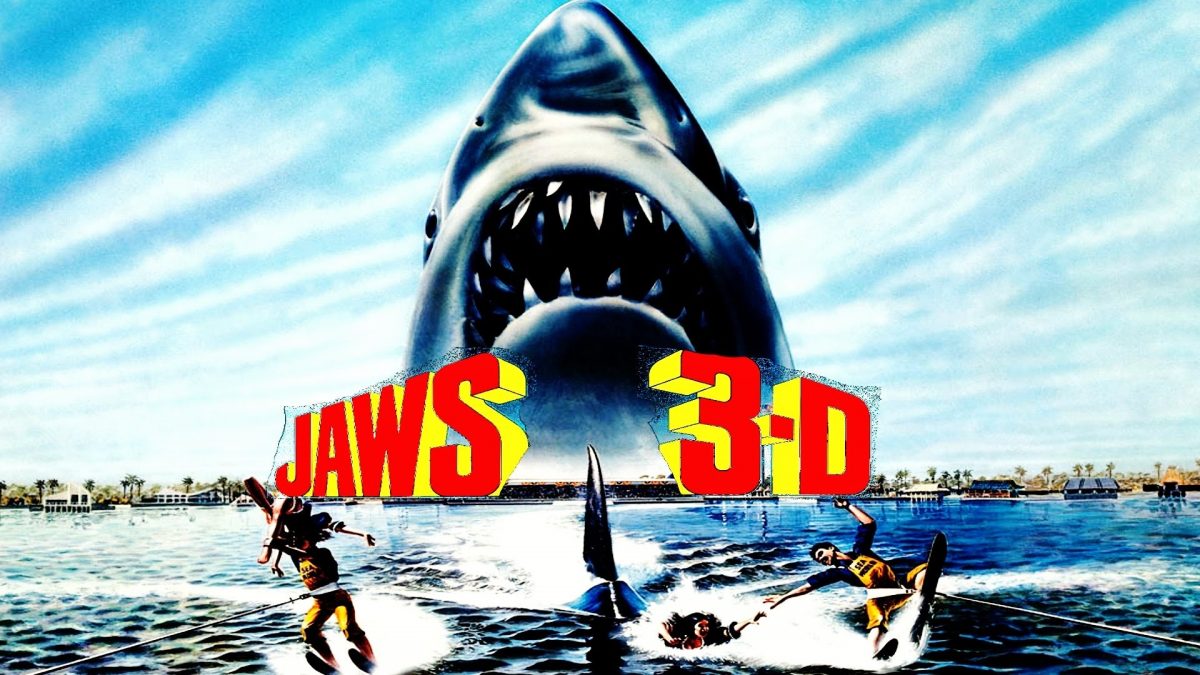 How embracing its flaws allowed Jaws 3-D to be so bad, it's good is highly popular post having 250 Facebook shares
Share with your friends
Powered by ESSB