Nate Diaz handled the USADA issue like a BMF. The Kelvin Gastelum weigh-in  probably needs revisiting, but for now, all fighters made weight and we have a show.

NYSAC has released a statement regarding Kelvin Gastelum’s weigh-in this morning. The UFC 244 co-main is on and the weight will stand. But the commission is reviewing the matter and could take disciplinary action. Gastelum allegedly leaned on coach Rafael Cordeiro on the scale. pic.twitter.com/eFz5ehxFrY

Andrews: Hakeem is in tough here. He will need to hurt Arce and I’m not sure he can. Arce will ground out a tough win.

Andrews: Tough one to call, but I am giving Lyman the slight edge.

Andrews: Chookagian is good at grinding out decisions with her striking and I think she does the same thing here.

Andrews: Arlovski is near the end of the line. Jairzinho needs one good shot and I think he gets it early.

Andrews: Can Edmen run through Brad? Tavares is a seasoned vet and tough. But I think after a slow start, Edmen breaks through.

Andrews: Close fight on paper. Both guys like submissions so they may keep it standing. Burgos ekes it out.

Andrews: Lee has been outsmarted and outgunned in three of his last four fights. Gillespie will outsmart him again.

Andrews: Lewis always has a shot with his knockout power, but he is older and slower now. I think Ivanov will come in with a good gameplan to strike smartly and get the fight to the ground to grind it out.

Andrews: The Wonderboy has had a good run, but he is older now. He was finished for the first last time in his last fight and Luque is a finisher. If Wonderboy was younger, I could see him fending him off a decision win, but Luque will pierce his defences for another stoppage.

Andrews: Till is the bigger fighter and has good striking but Gastelum is versatile and if he can get inside, he will wear Till down. Plus, he can get the fight to the ground where Till is weaker. Now will the commission penalize him for the weigh-in, that is the question.

Andrews: Diaz has the size advantage and striking advantage. His boxing will be a problem for Masvidal, but somehow I feel Jorge will pull it off somehow. Diaz is not used to competing his own style and for five rounds. Jorge wants to prove that it is his time and will overcome some nervousness to pull it off. 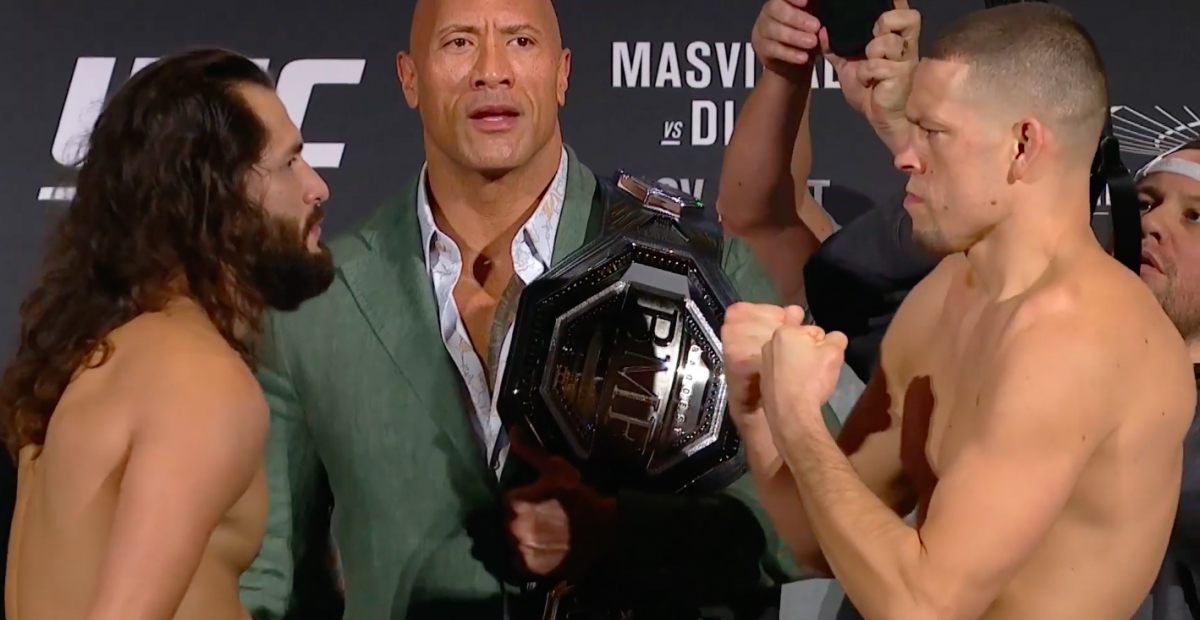