Welterweight challenger Colby Covington (15-2-0) made things interesting with a gritty performance, but Kamaru Usman (16-1-0) successfully defended his title in Las Vegas Saturday night with a fifth round stoppage in the main event of UFC 245.

Covington drew much of the ire in the crowd, but took a page from Alexander Volkanovski, using a high energy pace to draw Usman in. But from the walkout, Usman was calm and collected.

With nary a takedown in sight, both wrestlers battled it out on the feet, with Covington landing good shots that made Usman think. But a suspected broken jaw after the third round affected his output and Usman started to move in.

It took the final round for some separation, in which Usman landed some hard shots and knocked down Covington. The “Nigerian Nightmare” swarmed with more shots and hammerfists that forced him into a shell. Referee Marc Goddard called the fight at 4:10.

With the win, Usman has now won 15 straight contests. Covington had a seven fight win streak snapped and exited the octagon immediately after the loss.

Usman and Covington earned Fight of the Night while Petr Yan and Irene Aldana took home performances of the night. Each fighter earned a $50,000 USD bonus.

Andrews: Soriano came in like his car was double-parked and got Piechota out of there fast. Great win.

Back in the win column! ✅@JessicaEvilEye with the UD at #UFC245! 👏 pic.twitter.com/PhEsihDk9X

Andrews: Good win for Eye, but she missed weight.

Great showcase for the flyweight division!

The Dream is alive and well! 🙌@Chase_Hooper with a successful R1 victory at #UFC245!

Andrews: Wow! Hooper almost got caught, but turned things around impressively. To be 20 years old and victorious in the UFC.

Andrews: Yep. Brown eventually wore Saunders down and then pounded him out.

Andrews: Good win for Omar, but again, not a barnburner of a fight.

Andrews: Wow! That’s the first flash of brilliance from Aldana in the octagon. Let’s hope it continues.

Andrews: That was pretty quick. Excellent work from Neal.

Close one to call at BW!@MMarlonMoraes and @JoseAldoJunior go the distance – how's your scorecards looking? #UFC245 📝 pic.twitter.com/bRLD3irzTb

Andrews: Moral victories are unacceptable at this level, but De Randamie should not be ashamed of her performance. She almost put Nunes away in the fourth.

Andrews: Wow! Impressive showing by Alexander the Great! No one has been able to do it like that to Max!

Andrews: Wow! Give Covington credit – he came to fight – but Usman slowly turned up the heat and then pounded him out late. 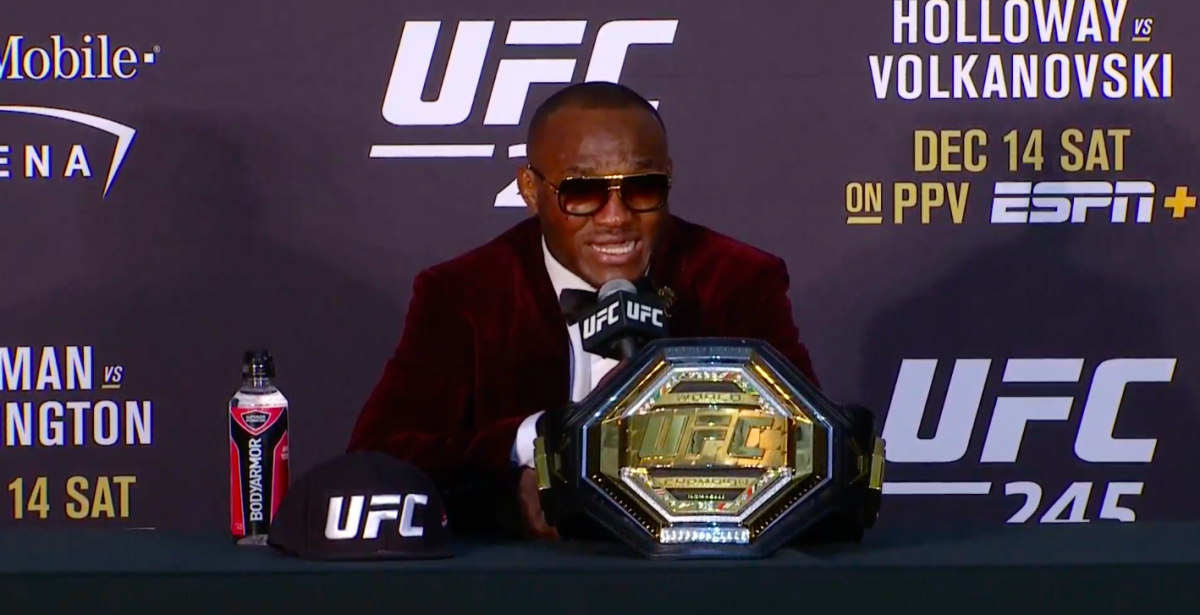