The bad news? Instead of providing answers, the victory produced more questions.

Davis, 25, was moving up to 135 pounds to face the 38-year-old Gamboa, an Olympic gold medalist and former unified featherweight champion but viewed as past his prime. Davis was expected to finish Gamboa early, but Gamboa had other ideas.

Gervonta missed weight at the weigh-ins, coming in 1.2 pounds cover the 135 pound limit. He made weight after two extra hours on the second attempt, at 134.8 pounds. But again, conditioning questions were raised.

Yes, “Tank” dominated the bout, scoring three knockdowns in the second, eighth, and twelfth rounds, but also battled fatigue. But Gamboa fought from the second round with a ruptured right achilles tendon until 1:17 of the final frame.

How did Gamboa survive for so long with a killer? Why did Davis let him survive?

So the Achilles injury is 100% verified? If so what balls gamboa has. #boxing #DavisGamboa https://t.co/D1EcBgBTUH pic.twitter.com/jLMOVhlKyi

Here's my observation, If Tank Davis went a full 12 rds with Gamboa, then what's gonna happen when he fights the contenders at 135? Let alone the champs?

I think guys like Andrew Cancio & Alberto Machado give Tank the work and possibly beat him. #DavisGamboa

“I’m blessed and thankful for sharing the ring with Gamboa and things like that,” Davis said in the post-fight press conference. “I’m happy with my performance. I’m only 25 years old so I’m learning. 2020 will be a big year for me.

“I had him hurt throughout the fight but he showed that he was a tough opponent,” Davis explained. “It was shots that I was hurting him with that he was wobbling, but somehow he was still moving his head, that’s how I knew I wasn’t in the ring with a regular guy. I was in there with someone with top experience.”

There are no moral victories in boxing, but the gritty performance of Gamboa earned respect from fans and colleagues alike.

So Gamboa tore his Achilles’ tendon early in the fight last night and, literally fought through it. That guy is tough. Not only did he take several punches that should’ve put him down, he did it on one leg! I tore both of mine and was incapacitated!! #DavisGamboa

The fight wasn’t the only entertaining bout of the evening. Canadian Jean Pascal defended his light heavyweight belt with a close split-decision win over former champion Badou Jack. Many thought Jack won the bout however with his 12th round knockdown of Pascal, but the judges scored it 112-114, 114-112, and 114-112 in favour of Pascal.

The critics will continue to hang around Davis until he can answer them definitively in the ring against top prime competition.

No question about that. 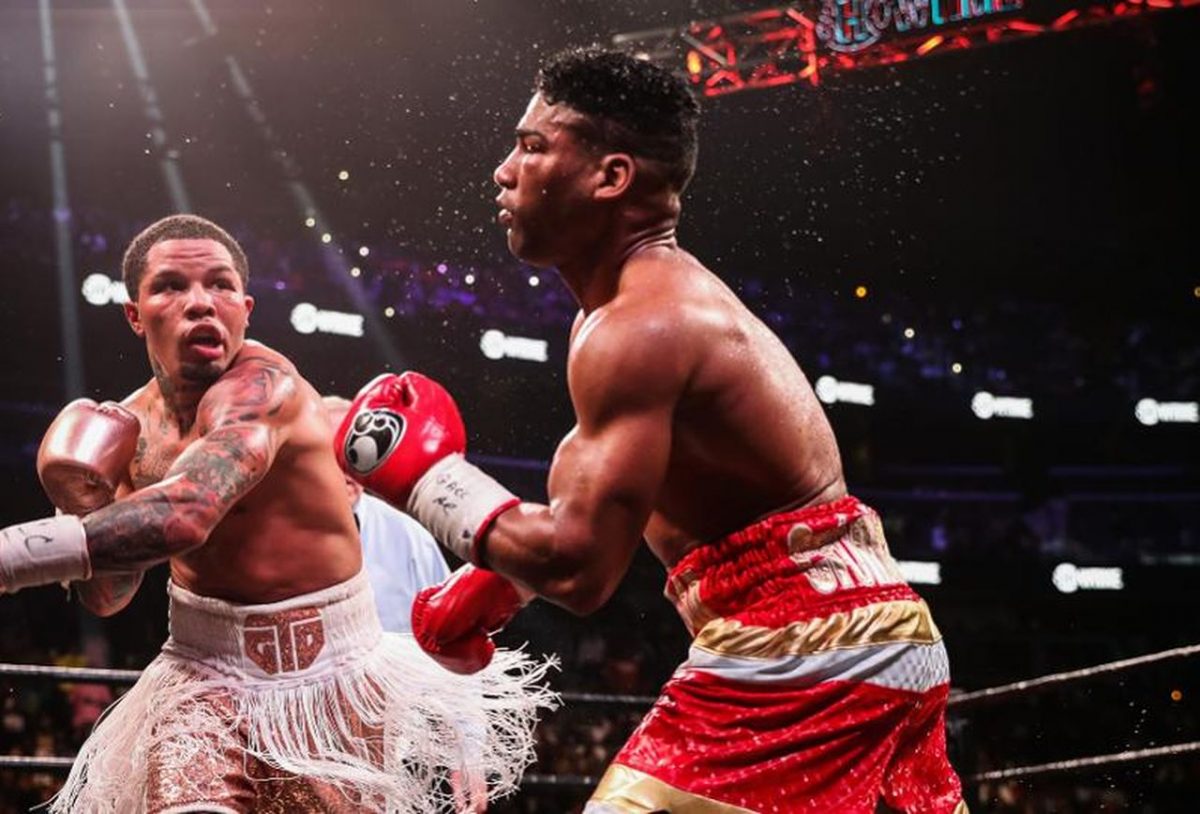