Shields, 24, became the first boxer to win three titles in three different weight classes in the fewest fights (10), bettering Vasiliy Lomachenko, who did it in 12 fights.

“T-Rex” did not get the knockout finish as she promised in the preamble, but she did make the 30-year-old Habazin take a knee in the sixth round. And although the Croatian declared in the preamble that the fight would be competitive, she landed scant punches until the last remaining rounds and was relegated to being a punching bag for large portions of the bout for Shields.

“It wasn’t what I wanted,” Shields said afterwards. “But I’m happy with the improvement. I dropped her with a body shot. This feels great. I did it in 10 fights. Now, I’m No. 1, the fastest to win three titles, going backward in weight.”

Shields was aggressive, but her shots became more effective when she started working the body of the slower, defensive Habazin.

In the post-fight interview with Jim Gray, Shields named Elin Cederroos (8-0-0, 4 KOs) as a possible opponent. Cederroos defeated Alicia Napoleon Espinosa (12-2-0, 7 KOs) by decision to capture the WBA and IBF super middleweight titles earlier in the night. But Gray indicated that Cederroos was not enthusiastic about fighting Shields despite winning the title moments earlier.

It’s clear that there are not enough quality opponents for Shields to display her self-proclaimed GWOAT status, but in the meantime, she needs to improve her knockout percentage. It currently sits at 20 per cent, which is not impressive compared to other female greats like Anna Wolfe (64 per cent) or Laila Ali (88 per cent).

But for tonight at least, the question remains: Who can stop Claressa Shields? 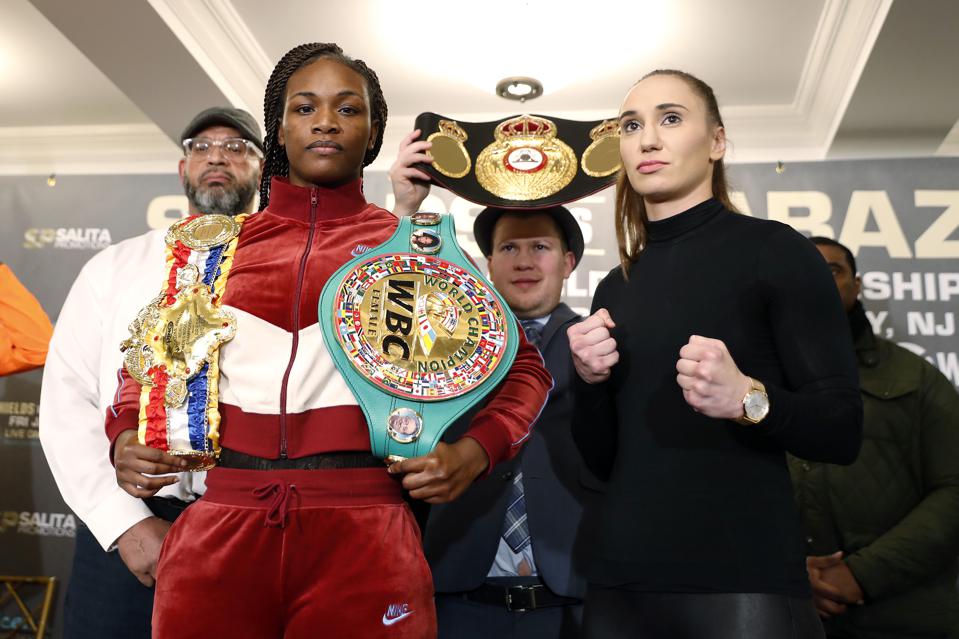