Bartosz Fabinski used a heavy grappling game to neutralize the striking of Darren Stewart to score a bloody unanimous decision win in the main event of CageWarriors 113 in Manchester.

Fabinski wasted no time in tying to dragging the fight to the ground, but absorbed an elbow that opened a cut near the back of his head and had him bleeding profusely in no time. Though Stewart occasionally threatened with guillotines and kimuras, Fabinksi shook it off and went on to control Stewart on the ground.

The fight was originally supposed to be scheduled for UFC London, but travel restrictions forced the card to be postponed. This card was almost postponed as well, but as president Graham Boylan explained during the broadcast, the fighters and staff wanted the show to proceed.

Crowd or no crowd, Kingsley Crawford makes a statement during our opening prelim at #CW113 👊

A submission win in the 2nd round 🔺

Andrews: Crawford went out and got it done. Nicely done.

Aidan "The Phenomenal" Stephen with a TKO stoppage followed by one of the slickest (and quietest) back-flips off the cage we've ever seen! #CW113 pic.twitter.com/ydkueGMbgh

Andrews: Stephen was much more experienced and it showed.

Andrews: Tidy decision for the The Honeybadger.

Andrews: Richardson couldn’t finish, but did beat Bonner down.

🚨 Buzzer beater! Adam Amarasinghe smells blood and closes the show at the buzzer 📣

Andrews: Adam walked him down, landed the knee and then finished him off. Good win.

They call him "The Hand Grenade" 💥@HandGrenade_01 completes a WILD comeback with one of the most vicious KOs in recent memory! #CW113 pic.twitter.com/UqJV3Fv7Id

Andrews: Wow! What comeback by Hignett.

Andrews: Bear is good on the ground, but needs to work on submissions. Should have finished Jones.

The Dragon roars in Manchester 🐉 #CW113

A devastating finish in round, Mason Jones is the NEW lightweight champion! 🏆 pic.twitter.com/rDRPR9LPgf

Andrews: Disappointed in Stewart, he only landed one strike and then was controlled for pretty much the rest of the bout. Fabinski was bloodied, but bullied Stewart. 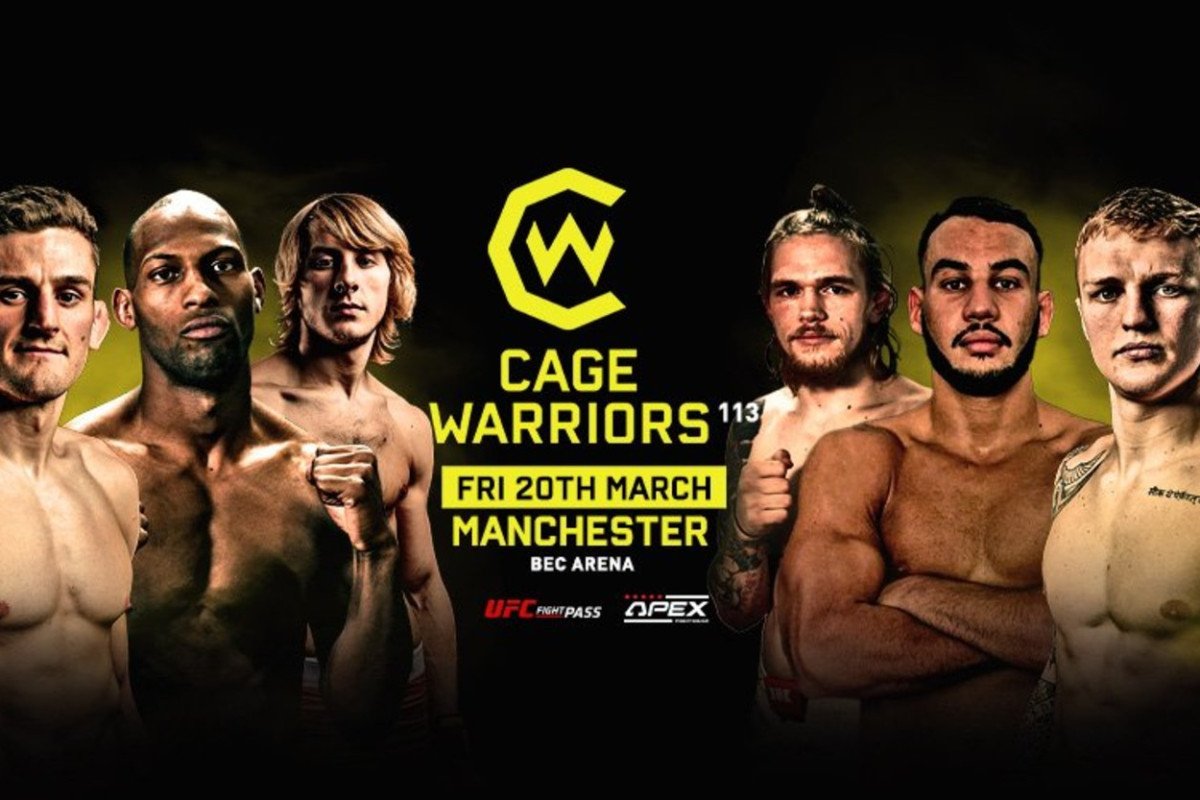