The series, which hosts former referee and current Bellator commentator John McCarthy will look back at some classic matchups in the company’s heavyweight Grand Prix series beginning with Bellator 192: Rampage vs. Sonnen, and Bellator 194: Nelson vs. Mitirione.

“I am excited to have found a new home for Bellator’s vast library of programming on CBS Sports Network – some of which have been the biggest cards in the history of MMA,” president Scott Coker said in a press release. “This is a great way to increase Bellator’s visibility across additional ViacomCBS platforms, while giving our fans the opportunity to relive these incredible events again.”

“We look forward to showcasing the excitement of Bellator MMA action on CBS Sports Network. It’s a chance to present some of the biggest names in MMA while providing fight fans another opportunity to watch the spectacle of the best events,” CBS Sports executive vice president of programming Dan Weinberg added. “Bellator MMA Recharged demonstrates the ability we have to amplify ViacomCBS properties across our various platforms and assets, while servicing the fans with the exciting action they want.”

The series will also air on the CBSSports.com and the CBS Sports App.

The schedule then shifts to Wednesday evenings after the Saturday premiere. 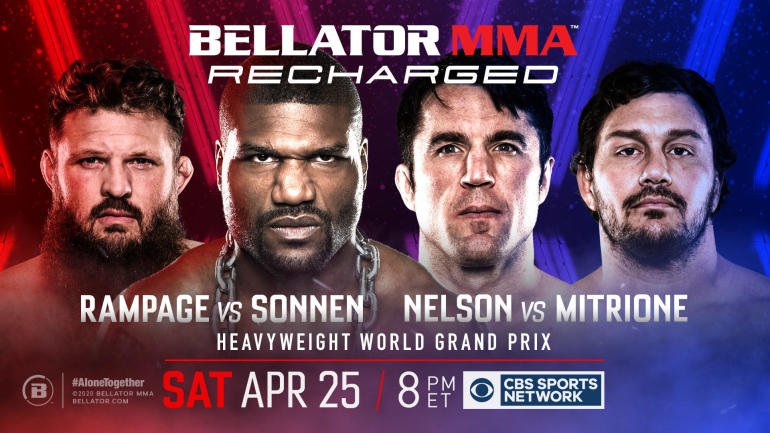