Andrews: Online bettors looking to cash in big at UFC 249

“El Cucuy,” 36, will put his 12-fight win streak and No. 1 contender status on the line Saturday against No. 4 Justin Gaethje (21-2-0), a dangerous fighter who has developed a knack for taking down betting favourites.

Speaking of favourites, many wagers are looking for any edge to cash in on UFC 249.

The main event is a close fight on paper. And on paper, Ferguson has more to lose.

One mistake could knock Ferguson back to the end of the line at 155 pounds – with nothing to show for it. For Gaethje, taking the fight was a no-brainer opportunity to leapfrog into the top spot.

Ferguson is supremely confident. It’s another opportunity to showcase his skills and send another message to undisputed champion Khabib Nurmagomedov.

The question many critics have is the amount of damage Ferguson could sustain in the process. Ferguson is susceptible to taking big shots, and Gaethje is very good at finishing off opponents when they are hurt.

We’ve seen Tony battle back after getting caught. It’s part of what keeps those “Tony Ferguson is the type of guy …” jokes still going on social media.

But Justin Gaethje’s power is real.

“The Highlight,” 31, has put up a tidy three-fight streak which includes impressive wins over Donald Cerrone, Edson Barboza, and James Vick. We know Justin can take and dish out punishment, but can he play chess with someone the likes of Ferguson?

Gaethje’s last three fights indicate he certainly can. He will want to slow Tony down, take some starch out of him early with leg kicks. Use his wrestling and then punch it up in the championship rounds.

A title shot with Nurmagomedov is within Gaethje’s grasp, a mere four fights after losing two in a row.

Meanwhile, “The Eagle” curls up comfortably with a box of popcorn, watching everything from abroad. 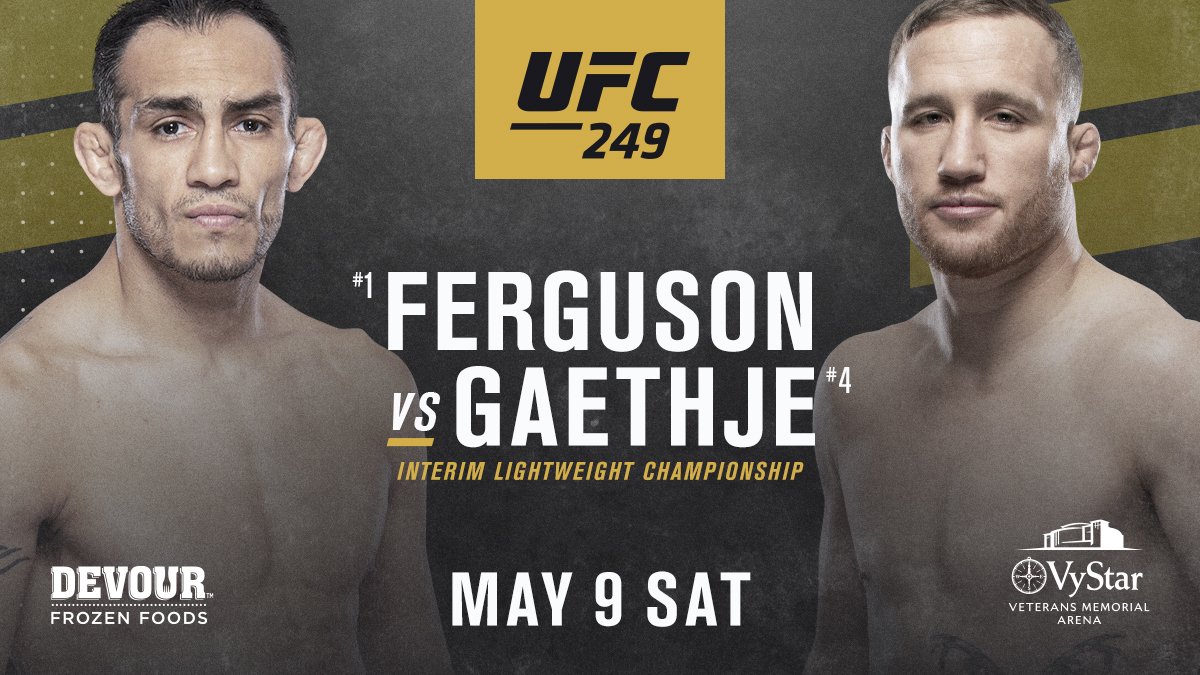