The UFC is in Jacksonville, observing COVID-19 protocols to present UFC 249.

The weigh-ins are over and only one fighter missed weight. Jeremy Stephens will likely be fined by the Florida State Boxing Commission but everything is social distanced and ready to go.

Except for Ronaldo Souza, who tested positive for COVID-19 last night. That means the Souza vs. Uriah Hall bout is gone.

That is a concern, although the Florida State Boxing Commission and the Mayor of Jacksonville continue to back the proceeding of UFC 249.

Fans will not be present at the arena.

Andrews: You heard Dana hype this one. The Bryce train continues here with another impressive submission.

Andrews: Esparza needs to get the fight to the ground here. Waterson should be able to pile up the points on the feet, enough to ground out the win.

Andrews: Both guys are clever, but Werdum has the ego which has cost him against Miocic. Upset here, Aleksei knocks out  Werdum!

Andrews: Does Cowboy have one more good one left in him? It has to be now. Pettis is dangerous still, but worn down. I think Cowboy returns for one more night.

Andrews: Hardy needs to make a statement and right now.

Andrews: Stephens missed weight. Advantage Kattar. He should be able to outstrike Stephens.

Andrews: Tough one to call. Either fighter can win it, but I see Ngannou getting caught rushing in.

Andrews: If anyone can come back from a leg layoff from the announcer’s booth, it’s Dominick. But I think it will be too much. I don’t Dominick can hurt Henry, plus Henry is more active. Cejudo eventually scores more points to score a close decision.

Andrews: Can Tony stay away from the leg kicks and big shots? He usually gets caught with one tor two and it could be costly with Justin. But I think preparing for Khabib will give Tony an extra boost. He overcomes some dangerous shots from Justin and puts him away late in the championship rounds. 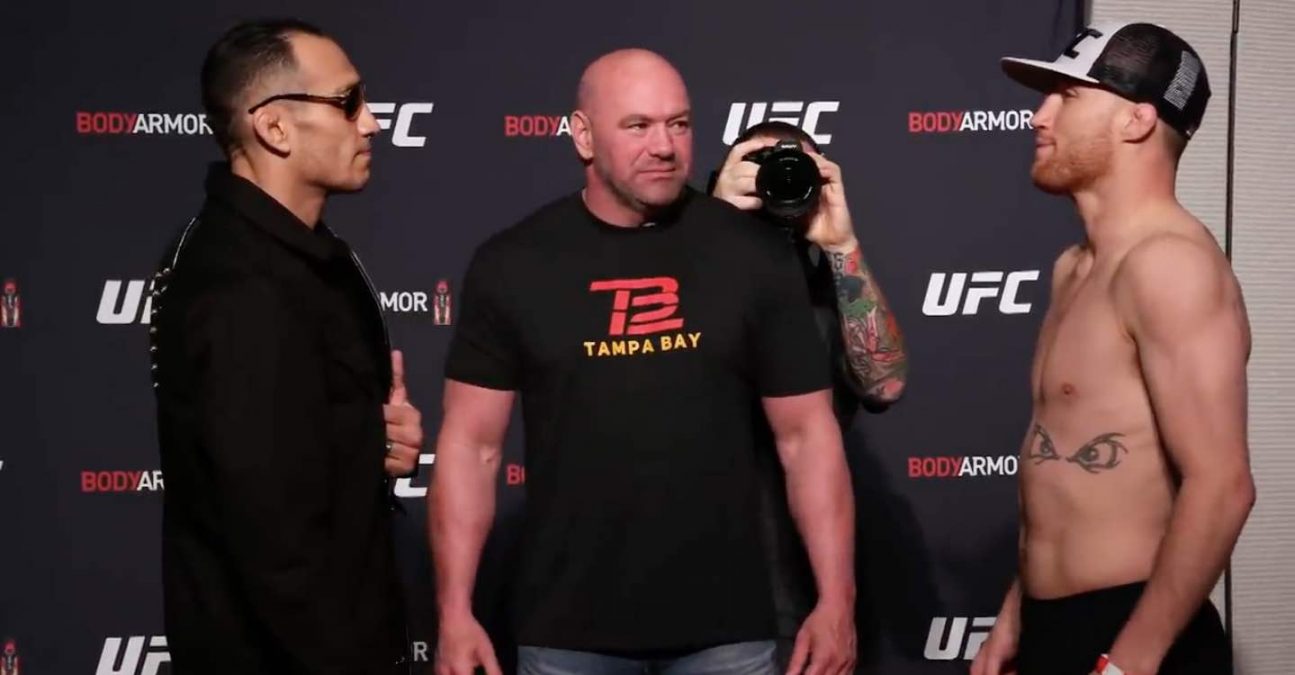