Justin Gaethje is the type of guy to shock Tony Ferguson and snatch the UFC interim lightweight champion at UFC 249.

Gaethje turned in an amazing performance to overcome the strikes and durability of Ferguson and pull off a fifth round TKO victory in the main event.

With undisputed champion Khabib Nurmagomedov watching from abroad, Gaethje poured cold water on a fifth bout attempt between the two by stopping Ferguson with unrelenting strikes that forced referee Herb Dean to call the bout at 3:39 of the final frame.

Both fighters came out swinging, and landed. Ferguson dropped Gaethje late in the second round with an uppercut, but the horn sounded before he could follow up. From then on, Gaethje started to overcome the Ferguson with power shots that opened him up on his forehead and left eye.

Still, Ferguson continued to move forward in the fourth, landing some good strikes, but Gaethje returned them and more.

The victory cements Gaethje into the No. 1 contender’s spot and a date with Nurmagomedov in a future unification bout.

Heading to the pay window!

Andrews: Much closer than I thought, Alvey came on strong as Spann looked hurt. Is Alvey on the bubble with four straight losses?

Andrews: Didn’t get the finish, credit Rosa for that, but put on a ground clinic. Get that man some camo shorts.

DROPPED! 👊@VicenteLuqueMMA putting Price down in the third! #UFC249 pic.twitter.com/lTPVOJjIEW

Get the cookies ready! 🍪@CarlaEsparza1 gets the split decision to make it three straight! #UFC249 pic.twitter.com/Hcu27it2rR

Andrews: Esparza did better striking than I thought, but Waterson should have won the fight.

Andrews: I thought Aleksei would catch a rusty Werdum striking and he did, but couldn’t finish him. Still, good win.

Andrews: It’s time for Cowboy to hang them up. He did better, but it wasn’t good enough. He’s no longer a gatekeeper.

CALVIN KATTAR GETS IT DONE! 😤@CalvinKattar closes the show in the second! #UFC249 pic.twitter.com/cQtDkij5UI

Andrews: Wow! Stephens is hard to finish, but Calvin did it.

ARE YOU KIDDING?! 🤯🤯@Francis_Ngannou with his FOURTH consecutive first-round KO! WOW! #UFC249 pic.twitter.com/1M6Fh0GQpi

Andrews: Rozenstruik got caught early. Good job by the Predator.

Andrews: Kind of an early stoppage. Cejudo retires, but I still think he lost to Mighty Mouse. Give him credit for the win, the retirement feels bittersweet. There was still much more to do.

Andrews: Wow! Gaethje comes up big with an amazing performance. Give Tony credit for trying to hang in there, but Justin kept landing. 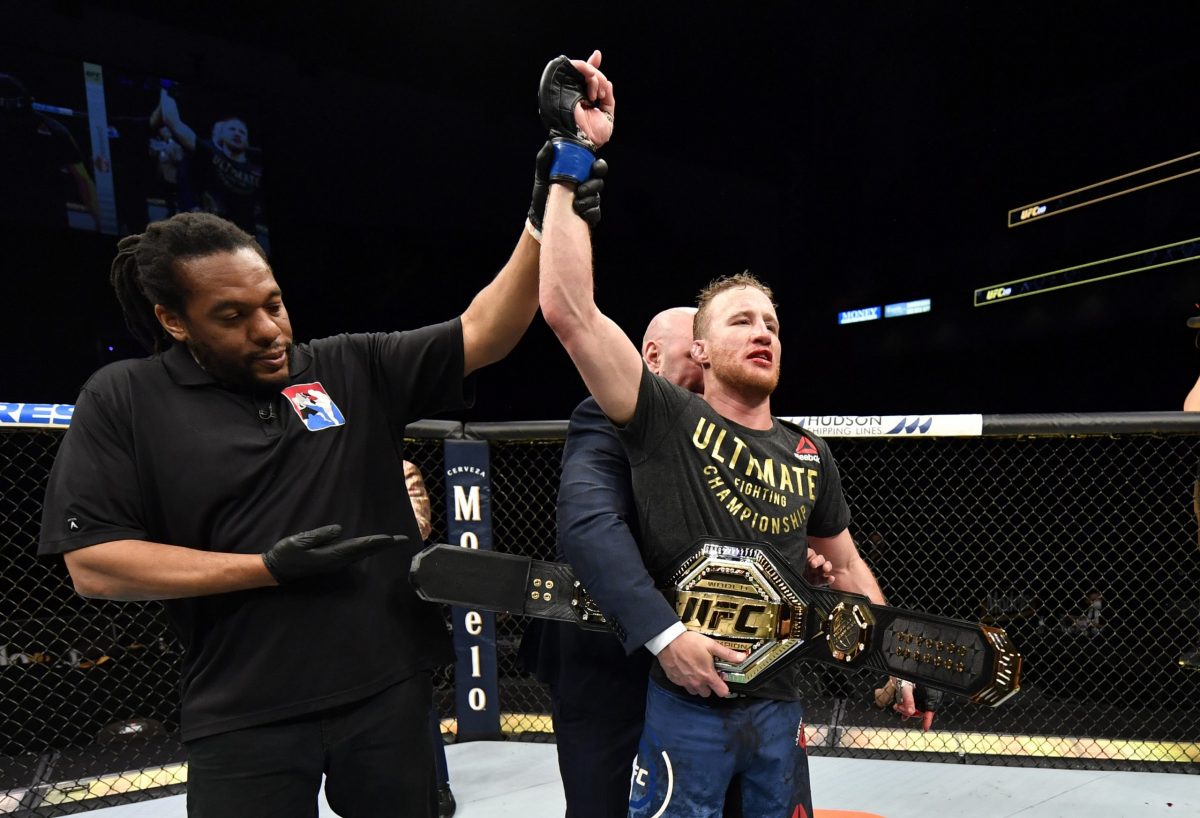