Georges St-Pierre will assume his place in the UFC Hall of Fame in 2020.

“Georges St-Pierre is a pioneer of Canadian MMA who helped build the sport globally,” UFC president Dana White said during the UFC 249 broadcast. “He is the most famous athlete to ever come out of Canada and one of the greatest martial artists of all-time. We’re proud to induct him into the UFC Hall of Fame Class of 2020.”

A three-time welterweight champion between 2006 -2013 (which includes an interim reign) and a middleweight champion in 2017, “Rush” is credited with raising the profile of MMA in Canada.

Humble in victory and gracious in defeat, St-Pierre is still revered by many for his fighting spirit.

The ceremony is expected to take place in the summer. 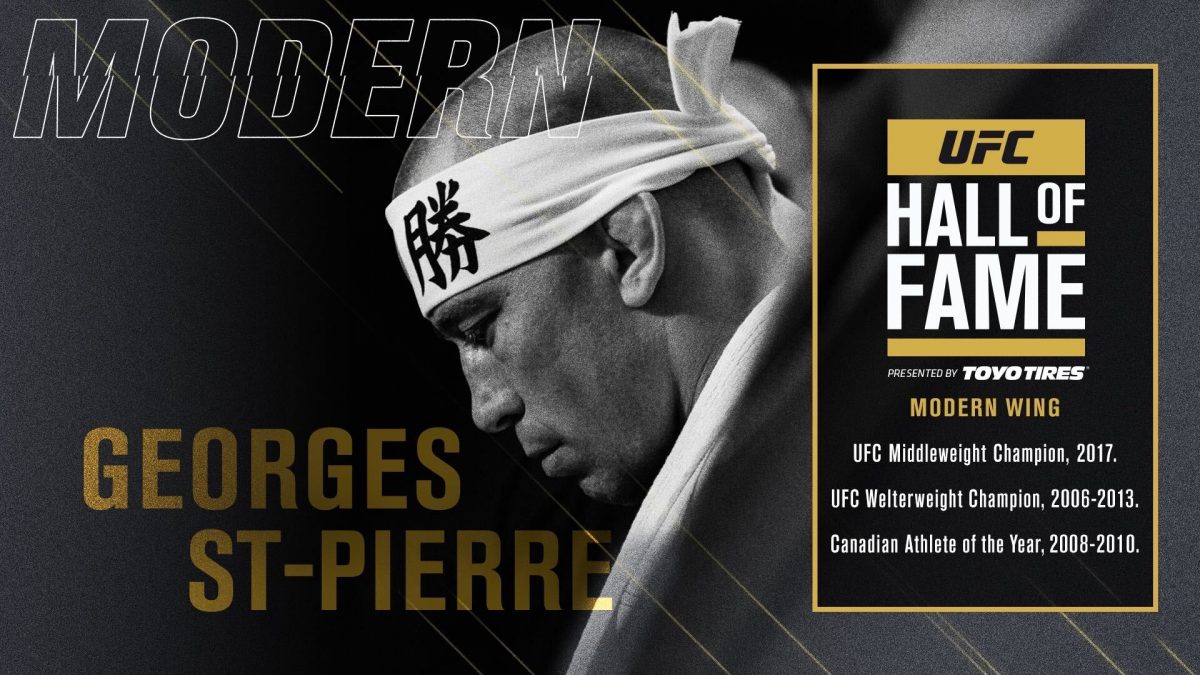