The UFC announced during the UFC on ESPN 8 event that the late Kevin Randleman will be inducted into the UFC Hall of Fame.

Randleman (17-16-0), who died at 44 years of age in 2016 due to a heart attack, will be inducted into the pioneer wing. He was a former UFC heavyweight champion and a fan favourite due to his aggressive wrestling style in the octagon.

“Kevin Randleman was one of the first real athletes in the early days of UFC,” president Dana White said in a press release. “He was a two-time NCAA Division-I national champion and All-American wrestler at Ohio State University. He was the fifth heavyweight champion in UFC history and one of the first athletes to successfully compete at both heavyweight and light heavyweight. He was a pioneer of the sport and it’s an honor to induct him into the UFC Hall of Fame Class of 2020.”

A product of Ohio State University and a former NCAA D1 wrestling champion, Randleman also competed in PRIDE, where he had some memorable bouts with Fedor Emelianenko, Mirko Cro Cop, among others. 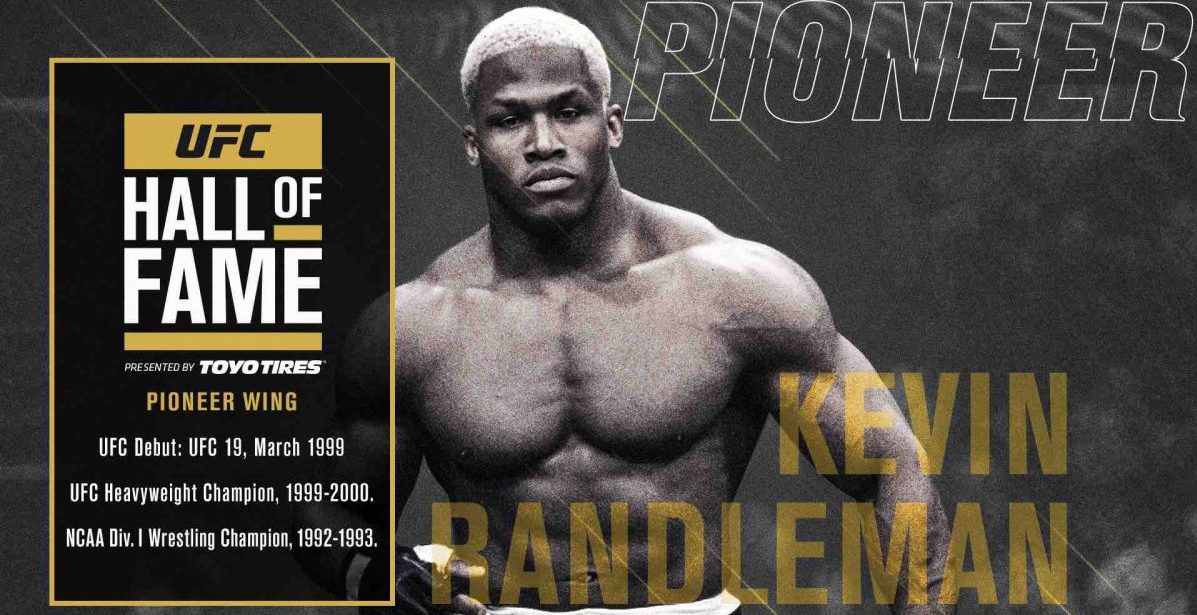