“The Lioness,” became the first UFC fighter to successfully defend both of her titles simultaneously by defeating Canadian Felicia Spencer (8-2-0) by unanimous decision in the main event.

Both fighters were patient in the first two rounds, trying to find their openings. But it was Nunes who landed most of space offence in those rounds, with Spencer regulated to the outside. Nunes slowly started ramping up the pressure in the third and almost finished Spencer in the fourth round, bloodying her landing a rear-naked choke near the horn.

Thank you @amanda_leoa for the experience- it was an honor to share the octagon with you. Congratulations again on making history.
…
I know I let many of you down – mostly myself. BUT as always i do leave with… https://t.co/sLX3KOIjco

The fifth round was more of the same, with Spencer trying to get the fight to the ground and Nunes reversing or shutting down any attempts. Spencer continued to bleed and with 54 seconds left, referee Herb Dean stopped the fight to have Spencer checked.

Cody Garbrandt, Aljamain Sterling, Alex Perez, and Sean O’Malley all earned performances of the night and a USD $50,000 bonus apiece.

🇧🇷 @HerbertBurnsMMA is not here to mess around!

Andrews: That was impressive. I thought Dunham’s experience would help him, but Burns shot put that away quick.

Andrews: Menifield came close, but couldn’t land enough big strikes and as a result, Clark eked out the win. Clark could have done more though.

A TKO due to calf kicks! 😱@AlexPerezMMA chops down Formiga at the end of RD 1.

Andrews: The young bucks are taking no prisoners tonight. Another experienced warrior in Formaga just chopped down. Message?

🥥 @Coconut_Bombz with the finish in RD 2!

Andrews: Byrd went out on his shields. Pitolo took advantage of that, landing those body shots. Good win.

In honor of Jacob Stamann. pic.twitter.com/B0IXSi3hiQ

Andrews: Good win for Stamman, who dedicated the victory to his 18-year old brother, who passed last week.

ROCKED LIKE A HURRICANE! ⛈@IanHeinischMMA with a storm of punches to end the night!

Andrews: Again, the veteran gets taken out quick by the upstart. Great shot.

🥋 @BruceLeeroyGlow is showing his advantage with the hands early. #UFC250 pic.twitter.com/IMhKyN63SU

Andrews: Wow! That was not Alex Caceres in there, that was Bruce Leeroy, a guy I thought would ever see again.

Andrews: O’Malley came in there with another brilliant finish. The best striker in the division? Quite possibly.

He earns the UD from #UFC250 pic.twitter.com/1duFJg5EaY

Andrews: Magny did as Magny does. Another solid decision win.

STATEMENT! 😤 @FunkmasterMMA is a man on a MISSION! #UFC250 pic.twitter.com/EMAKgEblAk

Andrews: I thought Corey could grind it out and avoid the ground, but give credit to Sterling, who did a great job of securing the choke. He deserves the title shot.

Andrews: He did it. And in spectacular fashion. Now, he needs to follow it up.

🏆🏆 @Amanda_Leoa punches the mouthpiece out of Spencer's mouth. #UFC250 pic.twitter.com/k0N4wN56Nw

Andrews: Spencer could not threaten Nunes with her striking and was left to target and ground game practice for Nunes. Being tough is not enough to win the title. 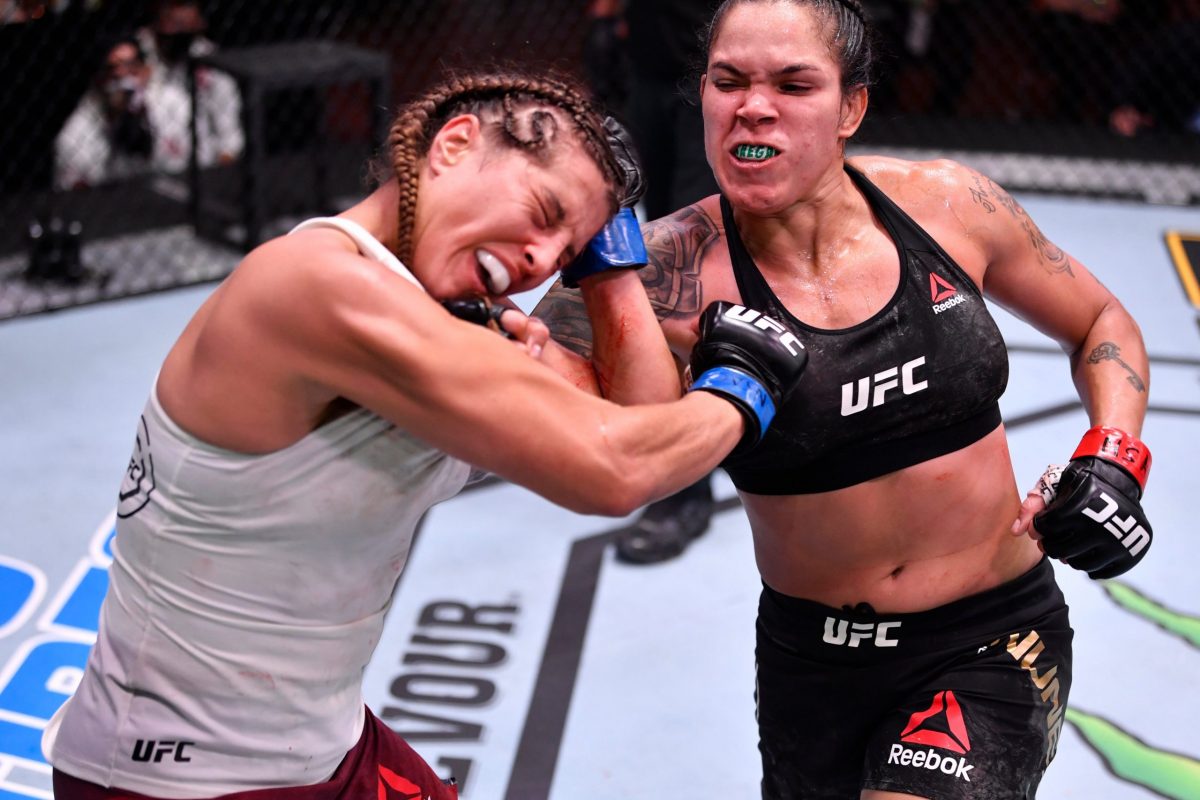