The miss means Eye will be fined a portion of her purse by the Nevada State Athletic Commission (NSAC).

And bantamweight Zarrukh Adashev, who was replacing Ryan Benoit on short notice, tipped the scales at 138.5 pounds, while his opponent Tyson Nam successful made weight at 135.5. pounds.

Featherweight  Darrick Minner withdrew from the event due to illness.

Finally, Ray Borg withdrew for unknown reasons and was replaced by Gustavo Lopez, who will take on Merab Dvalishvilli at a catchweight of 140 pounds.

Andrews: Both guys desperately need a win. They also like to look for the submission. I like De La Rosa to emerge with the decision after some early trouble.

Andrews: Jourdain is a good knockout artist but he will need to contain the versatile and elusive Fili. Fili on the other hand, has a good ground game and use it if needed. Unless Jourdain catches Fili, I think Andre should be able find a submission.

Andrews: Both guys need a win here. Zubaira’s win over Aguilar showcased what good footwork and striking can do. Rosa is not as good as Zubaira of course, but I think he outworks Aguilar.

Andrews: Finally, these two get to go. But Roberson’s weight-cutting issues continue as he missed weight.  I expect Vettori to go after it and get the finish.

Andrews: Eye had the advantage till she looked weak at the weigh-ins. I think Calvillo takes advantage and takes the fight to the ground.

@username
223.7k Followers
Follow
Previous articleAdam Copeland tries to wrestle himself out of a jam in ‘Money Plane’
Next article5 steps by World Lethwei Championship to revamp Lethwei infrastructure 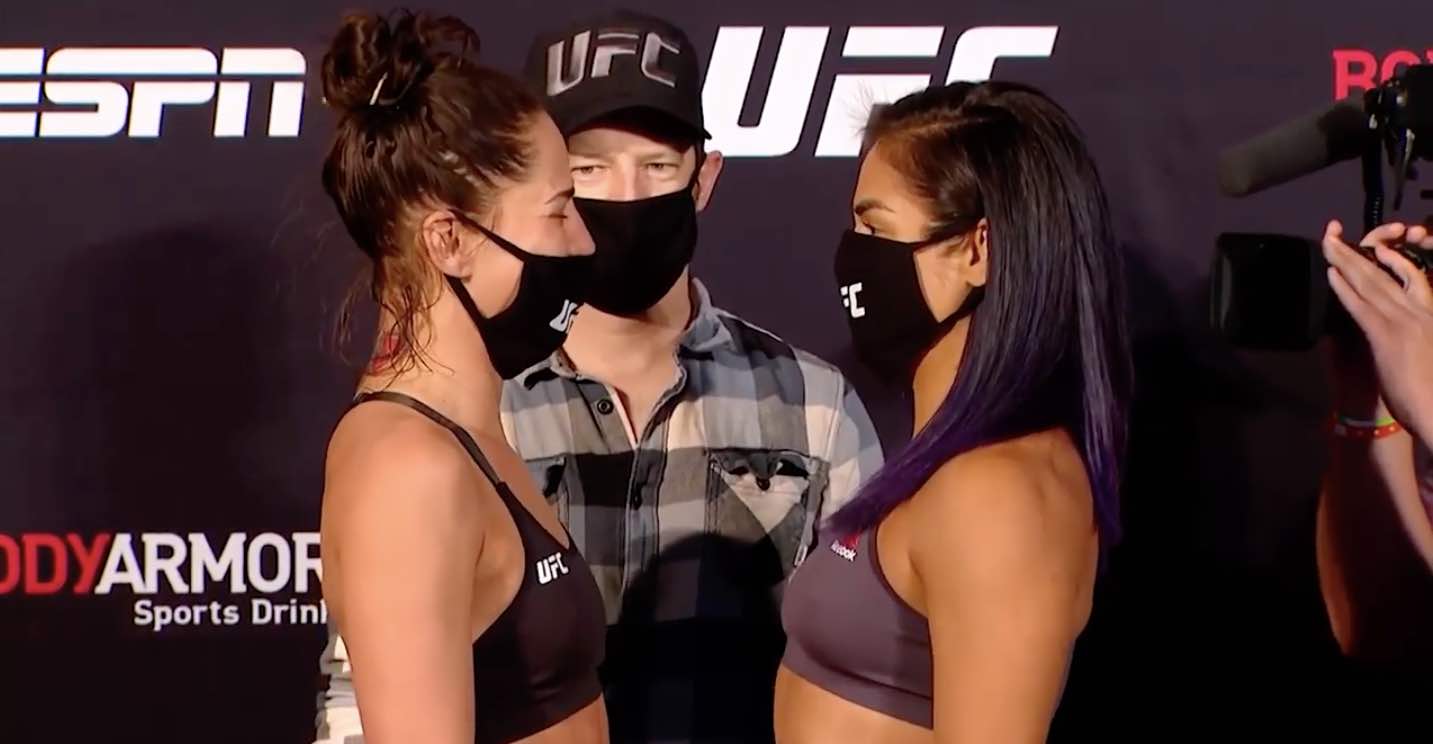