Both lightweights put on a striking clinic with Hooker attacking the body early with an assortment of kicks and strikes. Poirier returned the favour, peppering Hooker with strikes, then eating a big knee that staggered him but somehow pulled through.

Poirier then went to the ground in the later rounds, which took some starch out of Hooker’s gas tank and then finished strong in the final round. It was clear that his previous experience battling champion Khabib Nurmagomedov paid dividends in this contest.

Quick message for the people that support me. Credit to Poirier better man on the night, no regrets, no excuses. Minor setbacks ain't a major for me. 😉 #teamhangman #rideordieonly pic.twitter.com/oS7kpcFWAf

The win secures Poirier current No. 3 ranking and returns him to the win column. Hooker had a three fight win streak snapped with the loss.

Poirier and Hooker secured Fight of the Night, while Julian Erosa and Kay Hansen earned performances of the night. Each fighter earned a $50,000 USD bonus.

Talk about a way to introduce yourself to the Octagon, @JuicyJ_Erosa!

Andrews: Great win for Erosa, coming in on short notice and choking out the prospect.

Andrews: This one was predictable. Witt was coming in on extremely short notice.

WHAT A TURN OF EVENTS! 🤯@TheCrochetBoss submits Villante w/ just a minute to go!

Andrews: I thought Villante would connect before Greene could establish his game, but I was wrong. Good win for Greene.

Andrews: Allen did have the experience advantage and almost had the knockout finish at the end of the second round.

Andrews: Now how much of this was due to the cornering of his girlfriend or the fact that he fought smart and well? Obviously, the latter.

Andrews: Poirier proved he still has some great fights in him yet. Hooker has nothing to be ashamed about. Great fight. 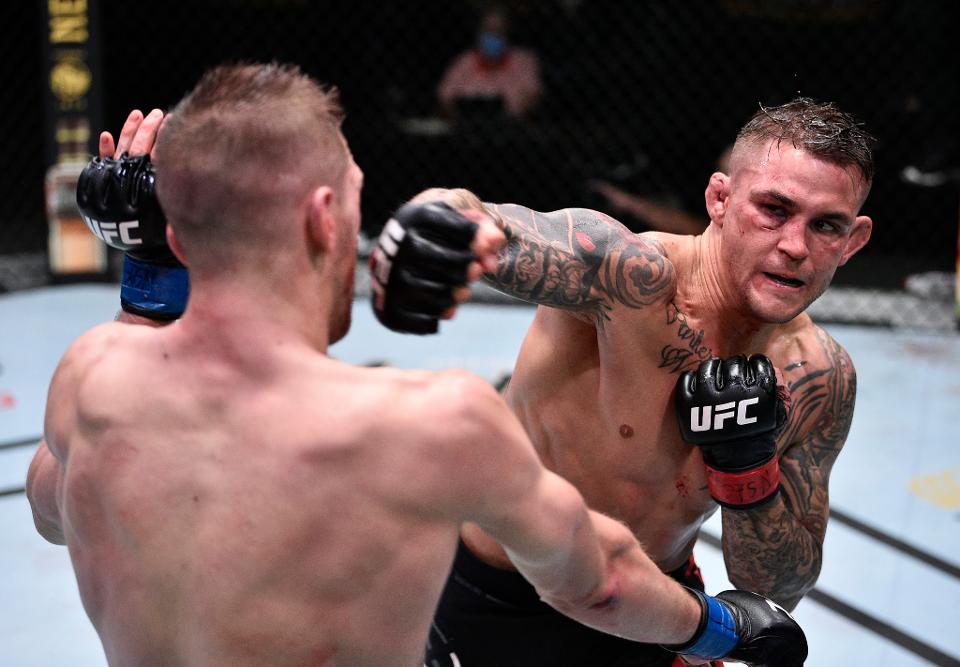