"You can be a little bit of both that's happening where we could all like meet in the middle and love one another."

Then, the floodgates opened.

Asked about an Instagram post about life with her husband, Northcutt-Daniels shared some of her story on The Wiseman Report TV show earlier today and despite some disheartening comments and actions, the couple remains committed to building a life and family together.

“I am in sort of a unique situation,” Northcutt-Daniels explained. “I am obviously from a conservative White family. I had a good upbringing. My husband is Black and he grew up in the projects and didn’t come from a good neighbourhood, surrounded by drugs, violence, all that. But he was a police officer in Long beach for almost eight years. So he’s on the side of … he understands what its like growing up with difficulties but also being on the side of law enforcement as well. From a personal standpoint, not all cops are bad. So when you see stuff in the news and you see all this stuff in the world right now about defunding the police and all this stuff, he’s like, ‘Well I had great intentions coming into law enforcement.’ He wanted to do good he knew where he grew up and he wanted to help. I had never experienced any kind of racism in my entire life.”

“You could say looking from the outside I grew up sheltered, so to speak. But when I entered into a relationship with my husband, yeah, that’s when stuff started happening” – Colbey Northcutt Daniels

“Every time I did a post or whatever it would be, it would be messages after messages about how I’m ruining my own race, or I’m this or I’m that and how could you be with someone that’s beneath you. I had never experienced that before. That was very hurtful. And then so when I showed him those things, he kind of laughed it off and said ‘Oh, that’s nothing.’ How can you not let it bother you?”

“But he is obviously is … I don’t want to say used to it … but he’s a bigger person and he’s like, ‘Okay well this people that are saying this all this stuff, none of that really matters.’ If we just treat everybody with love and kindness  – like Jesus loves all of us no matter where we’re from or what color we are or religion we are – If we just treated each other with love and the way you would want to be treated,I fell like the world would be such a better place. I feel like we have two extreme sides like, opposite ends here in the U.S. specifically. You’re either one way or the other.”

“You can be a little bit of both that’s happening where we could all like meet in the middle and love one another.”

Northcutt Daniels also appeared on TKO Countdown and talked about her experience at ONE, her brother Sage, her thoughts on a cross-promotional event between ONE and the UFC, and more. 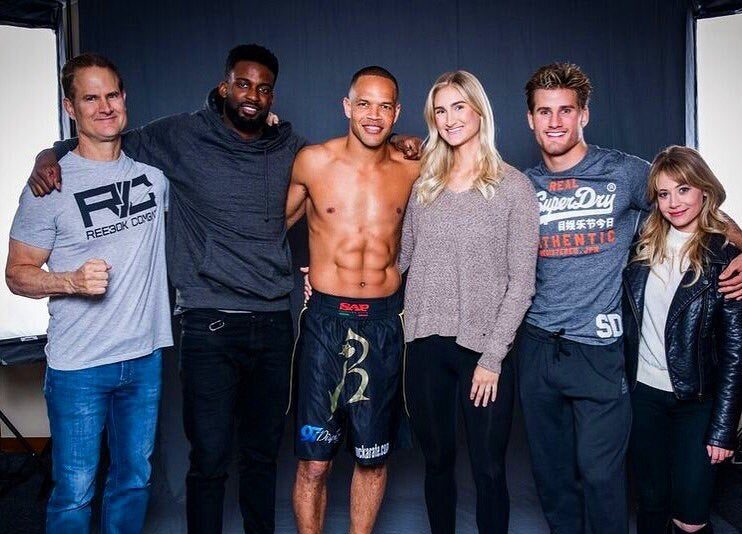