Colbey Northcutt Daniels (1-1-0) is looking forward to putting her stamp on a future ONE Championship flyweight division by becoming its first champion.

Daniels, 27, debuted about eight months ago, winning a unanimous decision over Putri Padmi. Although ONE currently does not have a flyweight division, she revealed the company told her that up front, adding that they are looking to her to help build the female flyweights.

“I can’t say enough good things about ONE,” Northcutt Daniels explained on the TKO Countdown show. “Everybody I talk to, I say the same thing. From how they run the organization and how they treat their fighters to their entire process of making their fighters pass their hydration tests with no weight cuts. Everything is super respectable and all their fighters have fantastic experiences.”

“It’s obvious that I got my contract with ONE because of my relationship with Sage,” Northcutt Daniels continued. “Hands down. I didn’t come from the UFC, I don’t have as much professional experience as Sage. It’s like they were basically saying, ‘Alright, I believe in the potential of what you’ll become as a fighter,” which is super awesome and I’m so appreciative of it.”

Northcutt Daniels did her homework on the company and noted the there was a lot of homegrown talent on the roster.

“If you look at other fighters, I’ll say Angela Lee for instance, she’s their champ,” Northcutt Daniels said. “And she started with them from the ground up with them with no professional fights. As a female fighter, there are far fewer of us then there are men so maybe you can get away with that in some organizations.

“I feel like they are banking on the potential of what I’ll become.” – Colbey Northcutt Daniels

Northcutt Daniels was hoping to fight in March, but the COVID-19 pandemic scattered those plans. Still, the plan is to be active, fighting three or four times a year – which could include the Super Series or ONE Kickboxing – so she can settle down later with her husband, Bellator kickboxing champion Raymond Daniels, and start a family.

“They would have to go get fighters from elsewhere and try to find them for me,” Northcutt Daniels said. “They’re kind of banking on me hoping that I would help build the division and that’s what I’m really thankful for. That they’re giving me this opportunity to hopefully build the flyweight division. Obviously, that’s my end goal too, to become the first ONE flyweight champ in MMA.”

Not many people know that Northcutt Daniels studied communications and journalism while in college. Asked if she would like to enter the ONE broadcast booth, she did not hesitate, pointing to colleague Miesha Tate’s success.

“I would love that … I would love to have a career after fighting as well … I love what Megan Olivi is doing, but also more particularly what Miesha Tate is doing for ONE,” Northcutt Daniels said. “She had an entire successful fighting career and is able to go and work for ONE now behind the scenes and report and commentate and do all that stuff, which is fantastic.

“I would hands-down love to do that.”

@mmacrossfire
Follow
Previous articleBoston Salmon slowly recuperating from illegal knee at LFA 84
Next articleUFC on ESPN 14: Whittaker vs. Till predictions 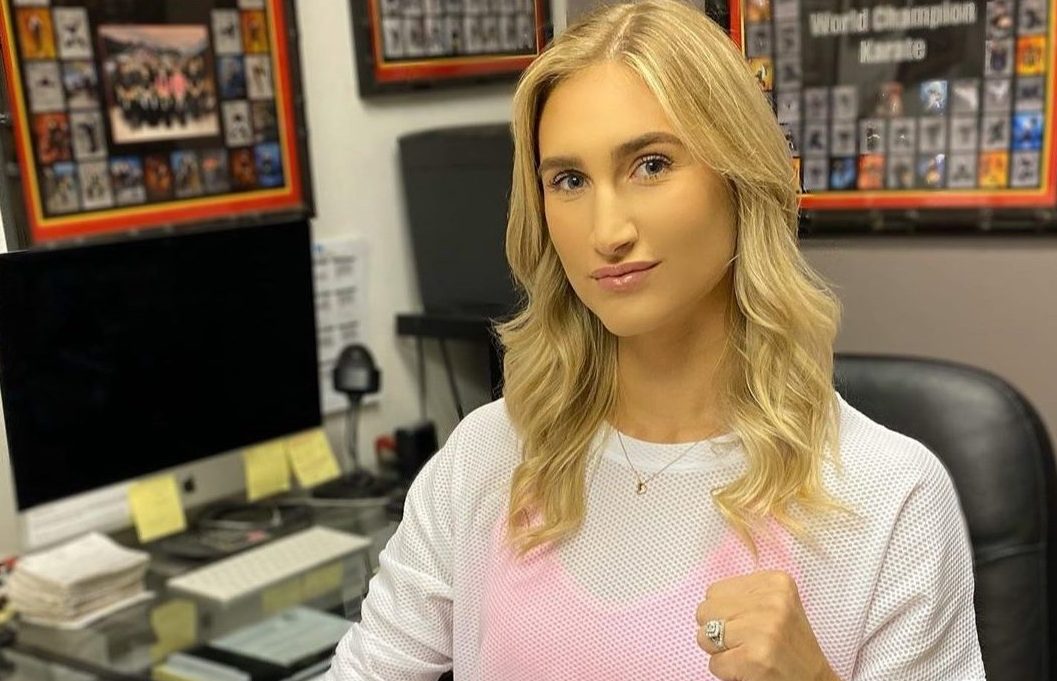