Vinarov’s new MMA thriller hardcover novel will officially release Aug. 11 and be available at Barnes and Noble, Amazon, your favourite bookstore, and online at BlackstonePublishing.com.

According to the book’s press release, The Dark Fights is a “thrilling novel that blends betrayal, violence, glamour, sex, and martial arts all into one with a unique heroine at the heart of the story and themes of female empowerment.”

We reached out to Vinarov – who was born in Moscow but resides in Manhattan – for more thoughts on The Dark Fights.

Trained in Judo, Japanese Jujitsu, Vinarov is also a second-degree black belt in Aikido. She has a Ph. D in literature, is a college professor, and trains almost daily.

Tune in to the TV shows The Wiseman Report at 5 p.m. ET and TKO Countdown at 6 p.m. ET Sunday Aug. 2 on the BarnBurner media network as Vinarov appears to discuss the book. 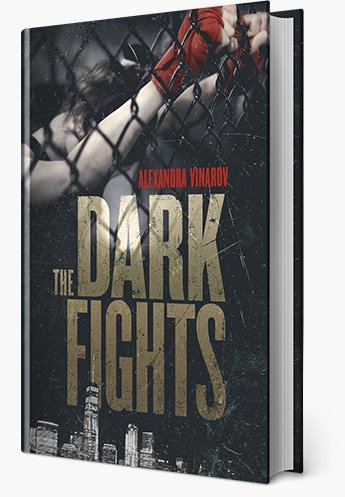