Fresh off its recent No Surrender event, ONE Championship is back in Bangkok, Thailand this week for A New Breed.

“I am very fortunate to be here in Bangkok, with the ability to showcase my skills for the world to see,” Fairtex said in a press release. “I know not all athletes are in the position that I am now, and I count myself blessed to be able to do what I love doing. Coming back so quickly after my recent performance in the ring, I’m still sharp and physically ready to put on another great show. I’m ready to defend my Muay Thai belt. It’s going to stay right here at home in Thailand.”

“I am extra motivated in training right now, and working very hard so I come into this bout well prepared,” Hellen Rodrigues  said. “Stamp Fairtex is a tremendous champion, but I’m going to show the world the Brazilian fighting spirit. My goal is to walk out of the arena with that gold belt around my waist.”

“Following the success of the ONE: No Surrender event series in Bangkok, we come right back to the capital of Thailand with another amazing live event,” ONE CEO Chatri Sityodtong said a press release. “ONE: A New Breed will once again showcase the strength and resilience of the human spirit, through the spectacular performances of our ONE Championship athletes.”

ONE: A New Breed is scheduled for Aug. 28 in Bangkok, Thailand. It will be a closed-door event and live-streamed. 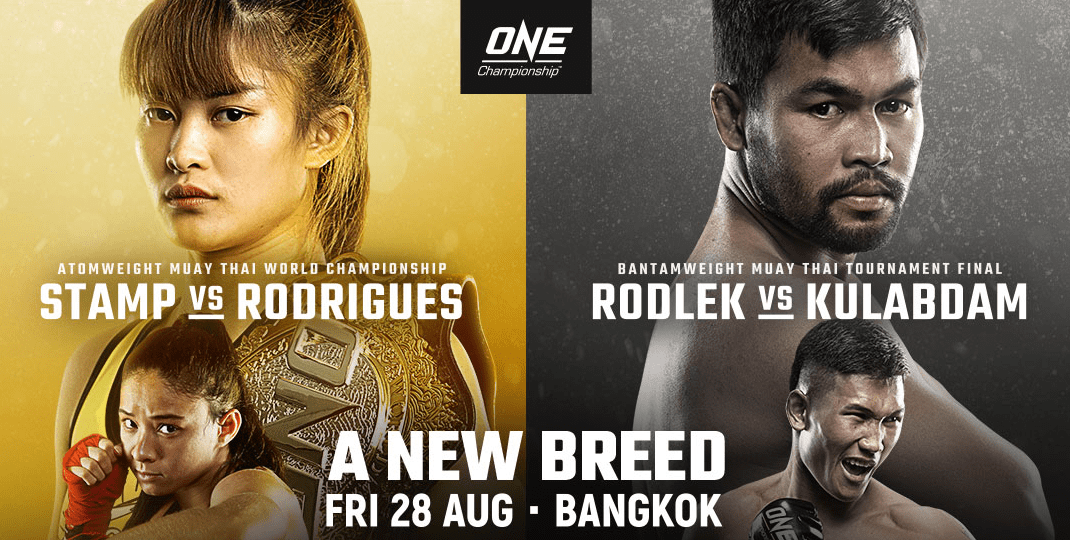 ONE: A New Breed: Stamp Fairtex defends ONE world Muay Thai title against Allycia Hellen Rodrigues is highly popular post having 453 Facebook shares
Share with your friends
Powered by ESSB