There is one more member of the Lee family in ONE Championship.

Lee, 16, is the 2019 IMMAF junior world Championship, the two time Pankration Junior World Champion, and the 2019 Hawaii State wrestling champion, among others. She is also a 15-time NAGA expert champion.

“I feel extremely excited and motivated to be part of the world’s largest martial arts organization, ONE Championship,” Lee said in a press release. “Inspired by watching my older brother and sister compete on the biggest global stage of martial arts competition, I am ready to take my career to the next level and compete with the world’s best martial arts athletes. I want to thank my parents for teaching me and guiding me, and for allowing me to chase my dreams. I promise all the fans that I will continue to train hard and develop my skills, and that I’ll be ready when I get the call to step inside the ONE circle.”

I guess you could say, it runs in the family 🤜🏼❤️🤛🏼 #TheLee3
Welcome to the family trade 🏆 #BabyLee pic.twitter.com/u4Ma0OdOlW

“I am so happy for Victoria and extremely proud of her,” Angela Lee added. “She is a very gifted and driven young woman. She told us that this is her dream – to be a professional fighter – and as a family, we are going to support her fully. Victoria is a gifted athlete and everyone will be witness to that when she makes her debut. Throughout time, there have been a handful of gifted young Olympians, many years younger than their competitors, but they managed to rise above and shine through with their god-given talent, dedication, and hard work. I have confidence in our coach, our family and in Victoria that she is ready for this next level of competition.

“Victoria is learning the same things today as me, the 5-time ONE women’s atomweight world champion and our brother, the ONE lightweight world champion,” Angela Lee continued. “Mixed martial arts is meant to evolve and we as athletes must adapt and evolve with it. Victoria is a part of this next generation that has been born and raised with MMA as a whole. The transitions are seamless, there are no gaps. She is still learning and improving each day but yes, she is already much better than I was at her age. It also might help that in addition to our father, the head coach, she also has a team of sibling World Champions to help teach and guide her in the family trade.”

Financial terms were not disclosed. A debut date and opponent will be announced later. 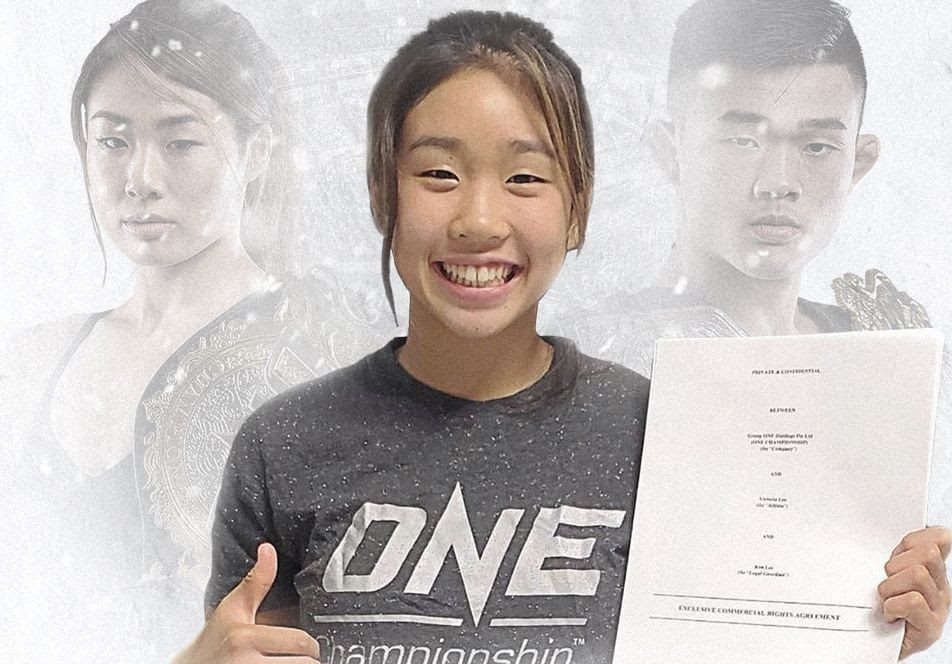