The fire to compete still burns for former Canadian UFC heavyweight Gary Goodridge (23-22-1), but these days he channels his energy towards giving back to the kids and his new action figure.

It’s been about 24 years since “Big Daddy,” 54, walked into the octagon for the first time and memorably took out Paul Herrera. Looking back, it’s simple as to why he went on to have a lengthy career.

“I like fighting,” he explained to MMA Crossfire on the phone from Barrie. “When you love a job, you stay with it. You don’t want it to end. That was my job. It doesn’t become a job anymore, it becomes enjoyable. I would equate it to scratching your back. I love having my back scratched. You don’t have to rush or anything.

“I liked the money and there was hardly any money compared to what they’re getting now,” Goodridge said thoughtfully. “I couldn’t believe I was able to punch someone in the face and get money for it.”

Goodridge was not simply a formidable UFC and PRIDE competitor. Previously, he was an arm wrestling champion, the first International Vale Tudo tournament champion, and the Canadian amateur super heavyweight boxing champion. Later in his career, he competed as a kickboxer in K-1, where he won the 2005 World Grand Prix in Hawaii, and placed runner-up in the 2005 and 2006 World Grand Prix in Las Vegas.

My youngest daughter and my oldest sister picking me up at the hospital after my fight with that car.

Me and my twin Lisa

etting ready to fight. Sister seeing me off.

Me and Bas Rutten, Mark Kerr, Ricco Rodriquez, Mark Coleman, Ken Shamrock, Antonio Inoki san. That’s the wrestler that fought Muhammad Ali in a wrestler versus boxing match in Japan back in the day.

Gary and all of his sisters.

Gary being a family man. My sisters and my mother doing daily family video chat. Mom passed in May. The toughest thing I’ve ever been through in my life. I could loose 1000 fights and break every bone. It would be as bad at losing my mother.

Me being a dad. The best job there is.

The last picture of Emmanuel Yarbrough UFC three competitor taken ever he died shortly after. This is me and Jose UFC and pride people included Art Davie the man that started the UFC.

Some of Goodridge’s injuries are well-documented, but he stressed to The Crossfire that while he emerged from MMA “unscathed,” it was a car accident in 2013 seven years ago in which he needed shoulder replacement surgery, that affects him to this day. “When you fight a car, the car weighs more than you and and you lose every time,” he said half-jokingly.

These days, with Congo, his trusty Cane Corso at his side, it’s all about being a Dad to his daughters Trinity, 20, and Tyra, 18, while giving back and enjoying life.

At the Uptown Gym in Barrie, Goodridge can be found helping the next generation of competitors with their skills. It’s fun and helps him stay immersed with mixed martial arts at a comfortable level.

Israel Adesanya, Jon Jones, The Nogueira Brothers, Anderson Silva, and Daniel Cormier are amoung his favourites. Some of them have retired, but it’s no surprise they all bear a piece of Big Daddy’s warrior style.

Which brings us to the action figure.

HAO Collectibles recently launched three versions of the action figure, all of which sport a vintage Goodridge victory pose. They are priced at $59.99 for the regular edition, $79.99 for the signed premium edition (150 available), and $99.99 for the signature version, for which there are only 100 available. It is assumed the prices are in American funds.

“I was quite humbled,” Goodridge said. “It was great feeling. That action figure is me after a win.”

Things like his book Gatekeeper: The Fighting Life of Gary ‘Big Daddy’ Goodridge, his recent anti-bullying comic book and now the action figure help add validation to a career built on a fierce determination to the best.

“Ever since I was young, I knew I was going to be somebody in the world,” Goodridge explained. “I knew I would make my mark in the world. I just didn’t know what it was.”

“I want to be remembered as somebody who tried their hardest to be champion. Somebody who never gave up, somebody  wold fight anyone at any time, any place, any style, it was all about fighting. That’s who I was. I was a worker. I worked and I got paid.”

“I tried to be the best. I respected everyone, but was always confident with who I was.” 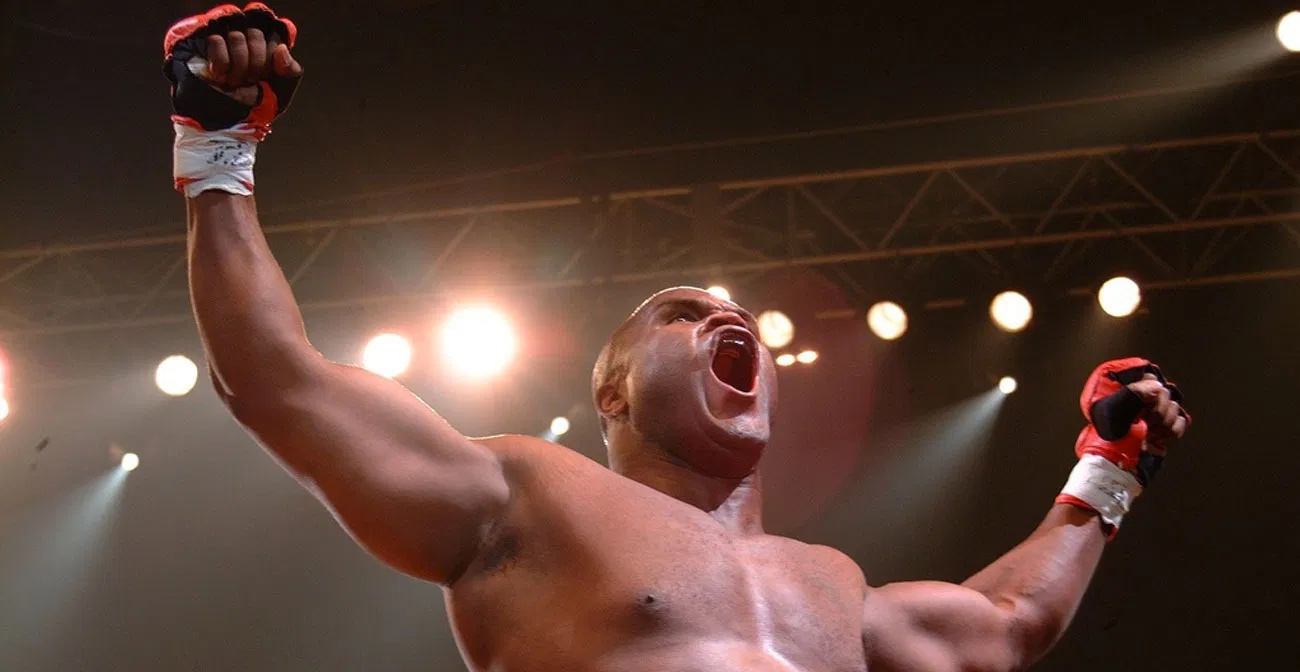