The full card for the World Lethwei Championship’s upcoming Lethwei Showcase event has now been released. 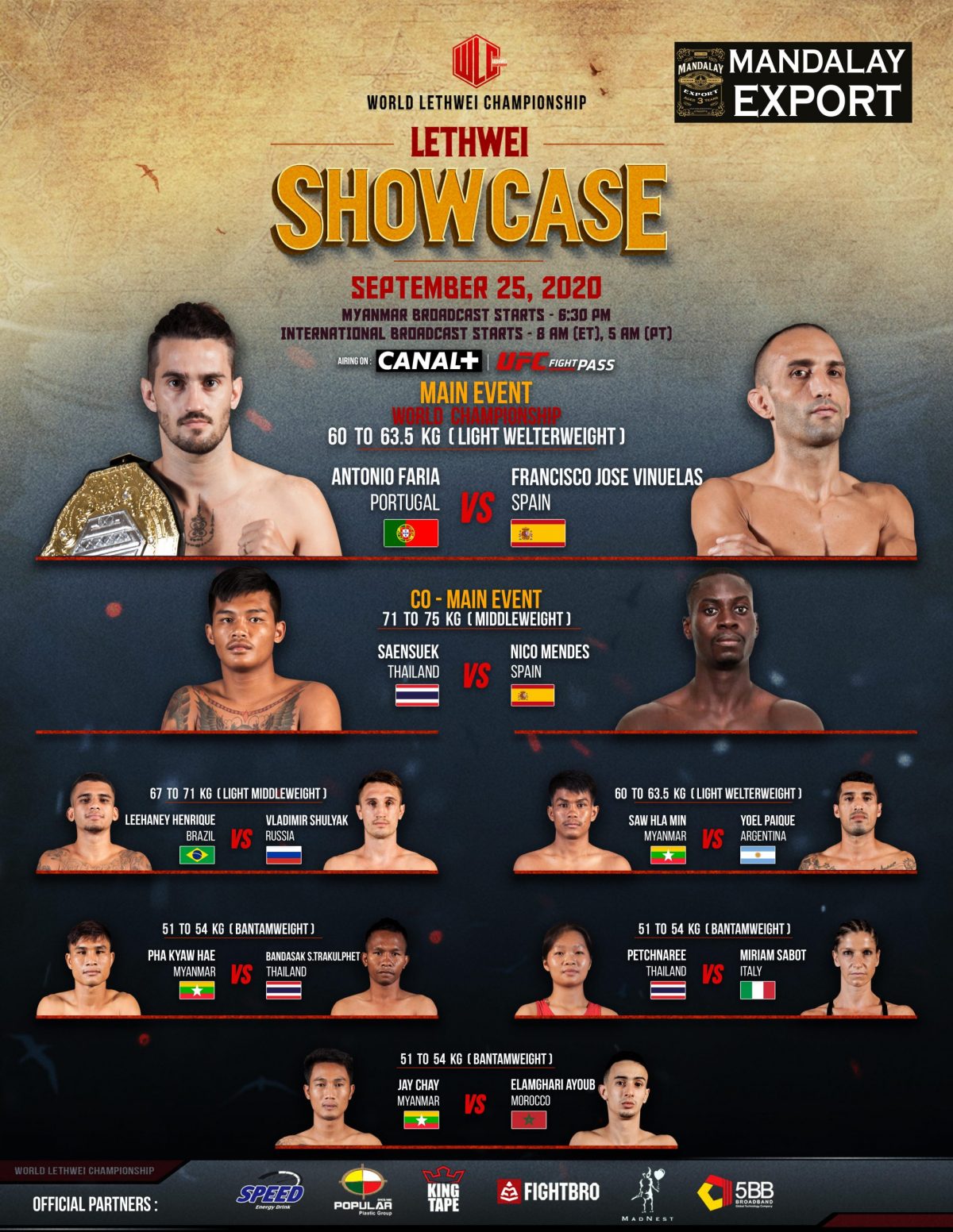 WLC: Lethwei Showcase is scheduled to air on Sept. 25 at 6.30pm Myanmar time (5am Pacific Time, 8am Eastern Time, 1pm London Time) and is available on UFC Fight Pass, Canal+ and other broadcast partners across 100 countries.