Maisha Katz is healthy and ready to go for her next bout at Muay Hardcore 27 in Thailand.

Katz, 25, recently made history with Souris Manfredi on Aug. 27 in a Lethwei title fight for the World Lethwei Championship’s first women’s bantamweight title. She took some damage coming up short in that contest, but is now ready to move forward into the more comfortable confines of Muay Thai.

Katz explained on the Sept. 9 TKO Countdown TV show that she was looking to move back to her natural Muay Thai skillset in her next fight and it looks like things have worked out.

“Nice to fight on Muay Hardcore,” Katz explained to MMA Crossfire in a direct message from Thailand. “I’m healed. Expectations like always (are to) make a nice fight and win.”

The bout will be a 60kg contest against the local challenger Fahseethong Sitzoraueng at the Muay Hardcore 27 show in Bangkok Thailand. 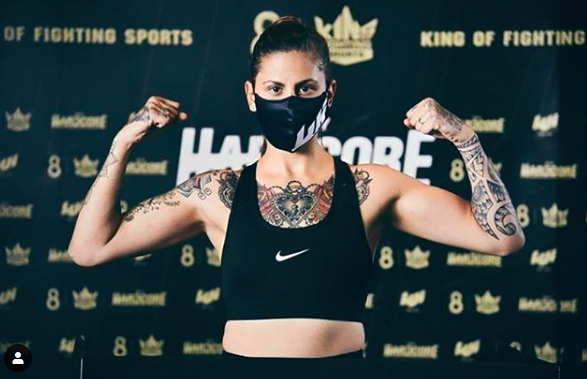