UFC on ESPN 16: Holly Holm piles up the points on Irene Aldana

Holly Holm proved that she is still hungry to reclaim the UFC women’s bantamweight crown with a vintage performance against No. 6 Irene Aldana at UFC on ESPN 16 Saturday night at Fight Island.

Holm used her wealth of experience to land combinations, mixing up her strikes with takedowns later on to neutralize the youth and determination of Aldana, who was making her main event debut.

With the win, Holm notched her second consecutive win and likely retained her No. 2 ranking. Aldana had her two fight streak snapped with the loss.

KYLER PHILLIPS VS. CAMERON ELSE

Andrews: Phillips is welcoming Else to the octagon. Else has a spotless finishing record, but I think Phillips uses his UFC experience to grind out a decision.

Andrews: Townsend did well, but the crisp striking and takedowns of Todorovic was impressive.

Andrews: Excellent guillotine finish for de Randamie after Pena was coming on strong with a good second round on the ground.

Andrews: Holm proved there is still some ground for the new guard to cover. If she can keep this up, she will get the title shot.

@username
223.7k Followers
Follow
Previous article‘UFC 1: Origins’ film retraces the saga of the first UFC event
Next articleMaisha Katz expecting nothing less than ‘a nice fight and to win’ at Muay Hardcore 27 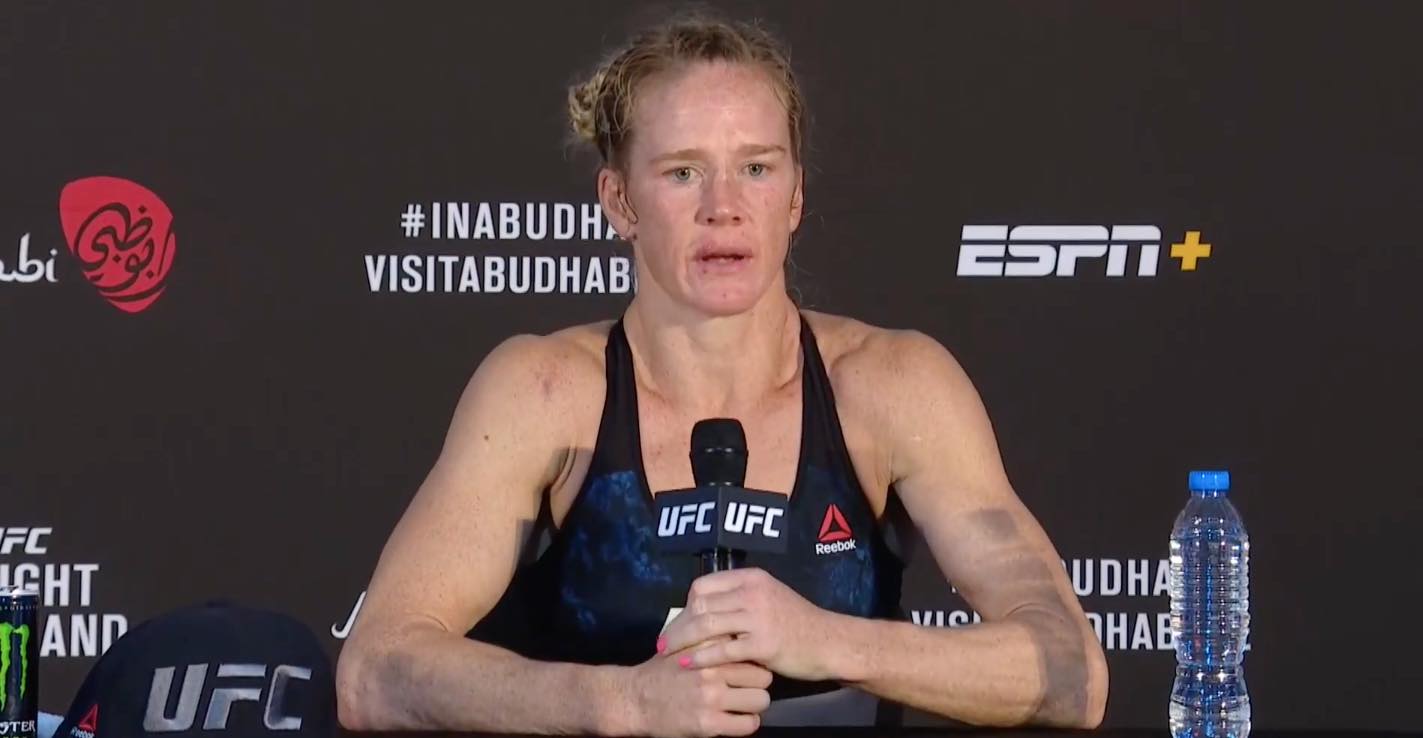 UFC on ESPN 16: Holly Holm piles up the points on Irene Aldana is highly popular post having 258 Facebook shares
Share with your friends
Powered by ESSB