The UFC is back in Fight Island this weekend for UFC 254 and one of the most anticipated fights of the year: Khabib Nurmagomedov vs. Justin Gaethje.

Check out MyBookie’s UFC 254 odds and fight props for your wagering pleasure.

Kenai Andrews checks in with his thoughts on the main card matchups.

Andrews: Alvarez despite have much less octagon experience than Yakovlev, has arguably fought better competition like retiring Joe Duffy. I’m going with Alvarez to get the tap.

Andrews: Jojua is coming in on short notice but has some good octagon experience. Maverick has the advantage, but I’m going with “She-Wolf” with the upset.

Andrews: Alvey has lost four in a row and he will be motivated for this one, no doubt. But Jung defeated Mike Rodriguez and I think he hands another L to the Smiling One.

Andrews: Rakhmonov is making his debut. Oliveira is a tough test for anyone, but Shavkat has a sparkling record against zero octagon experience Oliveira should win on paper, but I think we see why Rakhmonov was called up for this one.

Andrews: This is a good fight. Should be a close fight, I give the edge to Kenney, who has fought better competition.

Andrews: The Skyscraper is back! He needs to be careful here as Tuivasa has good power. Can Struve get the fight to the ground? I think Tuivasa knocks him out first.

Andrews: The rematch is finally here. Despite the rage of the Incredible Hulk, Ankalaev takes this one again.

Andrews: Murphy has the advantage welcoming Shakirova to the octagon. Shakirova is from the Nurmagomedov camp so she is no tomato can. Slight edge to Murphy.

Andrews: Unlike the Transformers cartoon, Megatron should win the day in this over a valiant Malkoun.

Andrews: Harris proved in his last fight to be dangerous so can Harris get to Volkov before the taller Volkov uses his range to pile up the points? Going with the big man.

Andrews: Whittaker is top notch, but I think this fight is Cannonier’s coming out party.

Andrews: I think Gaethje is the best guy who could upset Khabib. I could see it if he hurts him early. But if he can’t get him out of there early, then the advantage swings back to Nurmagomedov. Have to go with The Eagle. 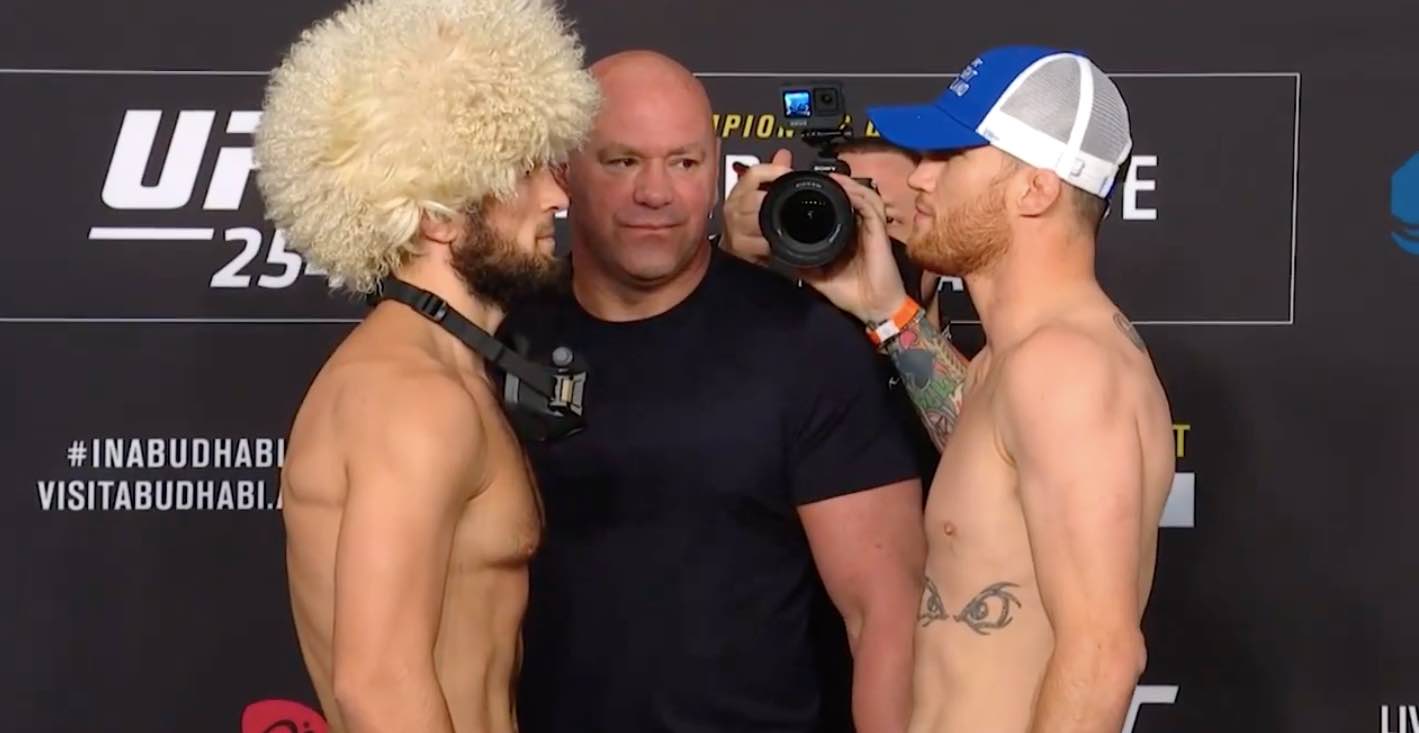