If Dana White ever needs a coach for a future Ultimate Fighter China series, he can bank on UFC No. 9 strawweight Yan Xioanan (12-1-0) as a coach.

Xiaonan, cheerfully expressed her enthusiasm through translator Leo Wang on the TV show TKO Countdown, to coach on the show after revealing how the UFC has grown in China since over the last five years or so.

“If there is an opportunity for the coach the TUF, I will go to take it,” she said. A potential TUF coaching opponent would be her colleague and strawweight champion, Zhang Weili (21-1-0).

“Fury” is scheduled to face No. 5 ranked opponent Claudia Gadelha (18-4-0) in Las Vegas at UFC on ESPN+ 40 on Nov. 7.  She talked about her opponent and her last fight against Karolina Kowalkiewicz, where she earned a unanimous decision victory.

“She is a high level fighter that entered UFC very early (Gadelha participated in the first ever UFC strawweight fight),,” Xiaonan said of Gadelha. “I think she is the best grappler I have ever faced in my MMA career, but I think I’m ready for her.”

The Gadelha fight was initially scheduled for UFC 253 in September but a knee injury to Claudia postponed the fight. “All I want is the victory and go back to China in a very happy mood,” Xiaonan said.

“The most memorable or impressive moment was the main event,” she said thoughtfully. “I feel the two fighters, they took the pressure others cannot imagine how big the pressure would be. It was fight between two heroes. Both of these two men are heroes and especially Khabib, who just lost his father earlier this year. I think this kind of heartbreaking moment for me when he announced his retirement.

“But those two fighters, they are definitely heroes.” 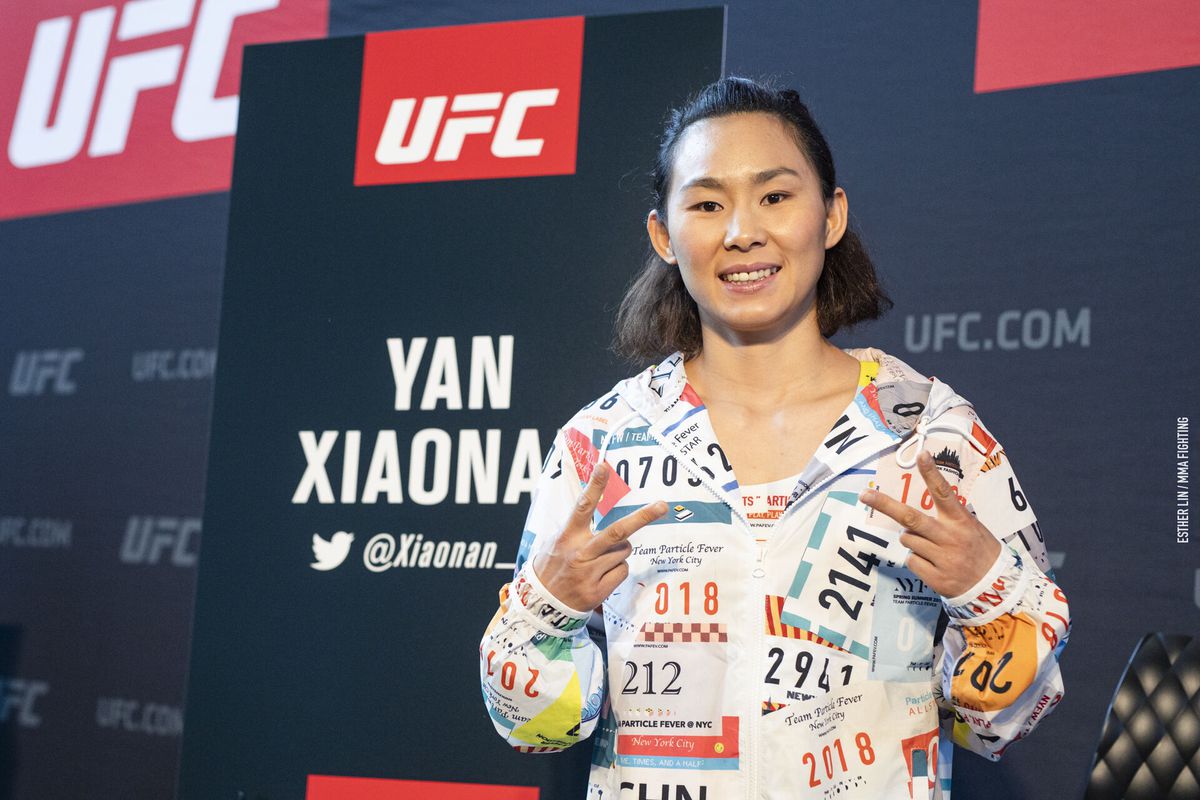