Starring opposite Nicholas Cage, Tony Jaa, Frank Grillo, Marie Avgeropoulos, Moussi  – who is known as the star in the Kickboxer reboot series – used his experience as a stuntman to not only play the character Jake, but play an integral role behind the scenes, helping to co-ordinate the movie’s fight choreography.

“On our sets, it’s quite a collaboration,” Moussi explained in an interview on the TV show TKO Countdown. “In terms of fight design, I’m right in there doing it. But I don’t do all of it. We have a team from Thailand that comes in with us as well. W have been working with them since Kickboxer. Our fight coordinator, his name is Jim. Jim comes in with this fantastic talented team and they come in and put concepts together. Their speciality is striking especially with Thai boxing, some weapons, that kind of stuff. Not necessarily  jiu-jitsu. So what we did, is kind of collaborate …”

“I also had a team with us including Ryan Tarran,” Moussi added. “Ryan plays the alien in the movie and is a friend of mine. He is also one of Jason Mamoa’s stunt doubles. They are very similar to Japanese Jiu Jitsu, a lot of similar elements. So me, Ryan, and Jim collaborated to put this stuff together. It was a good mix …”

The product was another solid film, full of action to match the vision of director Dmitri Logothetis.

“Not one person can ever take full credit on one of our films,” Moussi explained. “Because we have such collaboration between a bunch of talented people. I think that is to Dmitri’s credit as well because he has a vision he knows what he wants, but then he is so comfortable, open minded to take other people’s ideas and not think he always has the best one. And that takes somebody who is very secure, and that’s Dmitri. That’s one of the major reasons I love working with him. He trusts the people he puts in place.”

Moussi touched on a lot of subjects, including Anderson Silva, who likely fought for the last time in the UFC octagon at UFC on ESPN+ 39 Saturday night.

“To me, he is one of the greatest, and he’s still one of the greatest no matter what (happened),” Moussi said. “It’s his ability to move and flow that was magical. It was also having the confidence. When he starts moving, I would always watch how he analyzed somebody opponent. Within 30-40 seconds, he got the flow. And then it was like, let’s go. He would move and know exactly where to go to trap his opponent. I was always fascinated by the way he did that.” 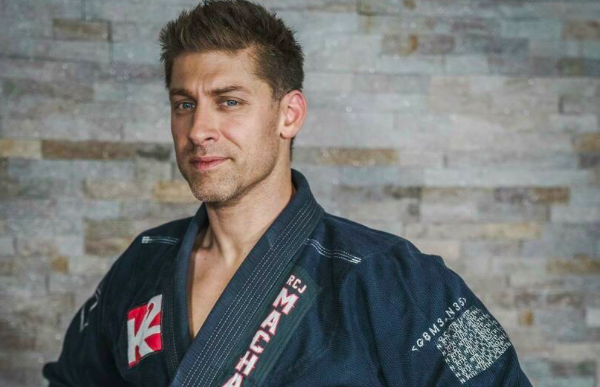