Grasso, 27, moved up to 125 pounds from strawweight in January after she missed weight for her UFC 246 bout with Claudia Gadelha. She was victorious in her debut fight against Ji Yeon Kim in late August.

"The only thing I want to prove clear is that I belong here and I belong to the top of the division." – @AlexaGrasso talks about her move the flyweight and beating Ji Yeon Kim at #UFCVegas8 🔊⬆️

Meanwhile, Barber, 22, will look to rebound from a one-sided loss to Roxanne Modafferi at UFC 246 in January and various knee injuries. Like Grasso, she also moved up from strawweight.

THE FUTURE IS BACK!!!! 💫 #Repost @ufc with @make_repost
・・・
Rising prospects look to stamp themselves as contenders 👏 @MayceeBarber vs @Alexa_Grasso is official for February! @ Las Vegas, Nevada https://t.co/vo5eOkMrJH 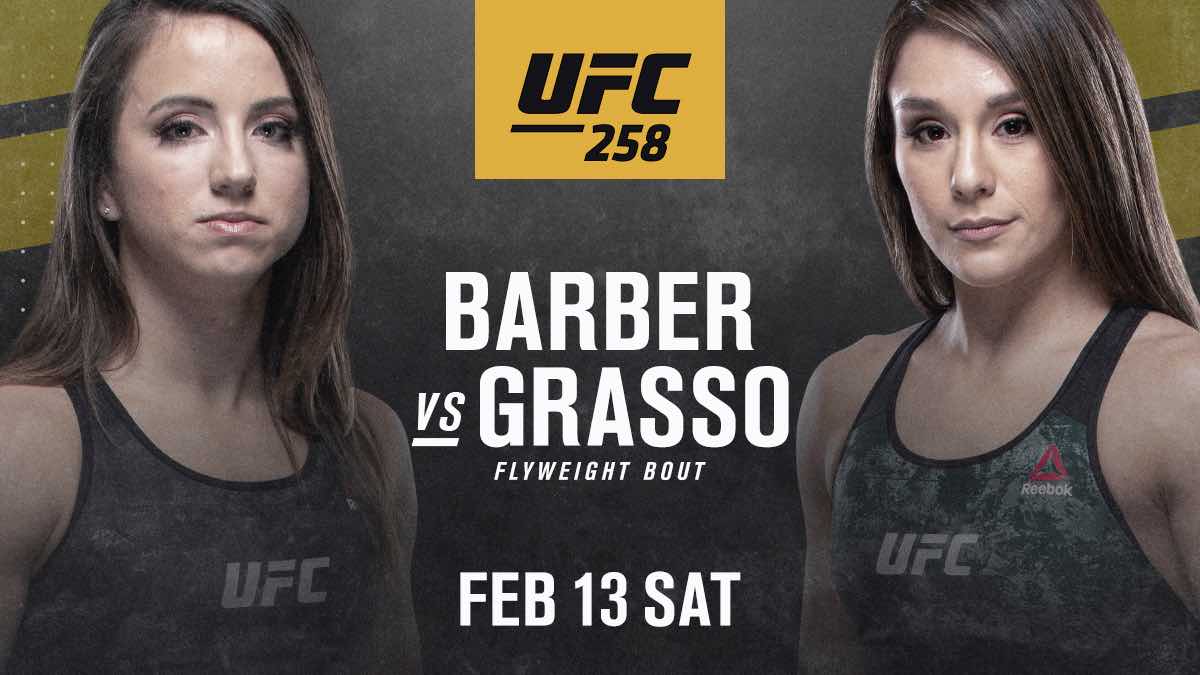