Can the "Brown Bear" tame "Lionheart?"

COVID-19 has struck again at UFC on ESPN 18 in Las Vegas.

Heavyweight Curtis Blaydes has tested positive for the Coronavirus, which means the main event bout with Derrick Lewis is off with less than a day to go.

The co-main event, the Devin Clark vs. Anthony Smith bout, has been elevated to the main event.

Our friends at Fanduel have you covered for your UFC on ESPN 18 wagering pleasure. You can find them here.

Andrews: Pearce will need to catch Kamaka, but Kamaka’s careful footwork and preference for scoring points should give him a less than entertaining win.

Andrews: Dumont missed weight, but she is a featherweight dropping down to bantamweight. Evans-Smith has struggled against top competition and she is facing a bigger fighter. But here I think Evans-Smith uses a good game plan to score just enough point on the feet and ground to grind out a win.

Andrews: Two tough guys. Algeo gets the nod in a close fight.

Andrews: “Caramel Thunder” is one nice nickname. Sato is a game fighter but I think Baeza after some early nerves, ends it.

Andrews: Don’t blink. Someone is going to get knocked out and it will be Porter.

Andrews: Smith has looked awful in his last two fights, but they were against top competition. Here, he should be the favourite, taking on the up-and-coming Clark. But I have to go with the “Brown Bear” here, as I cannot remember the last time Smith actually bullied someone in the octagon. If Smith loses, he will probably be on the bubble, if he isn’t already. 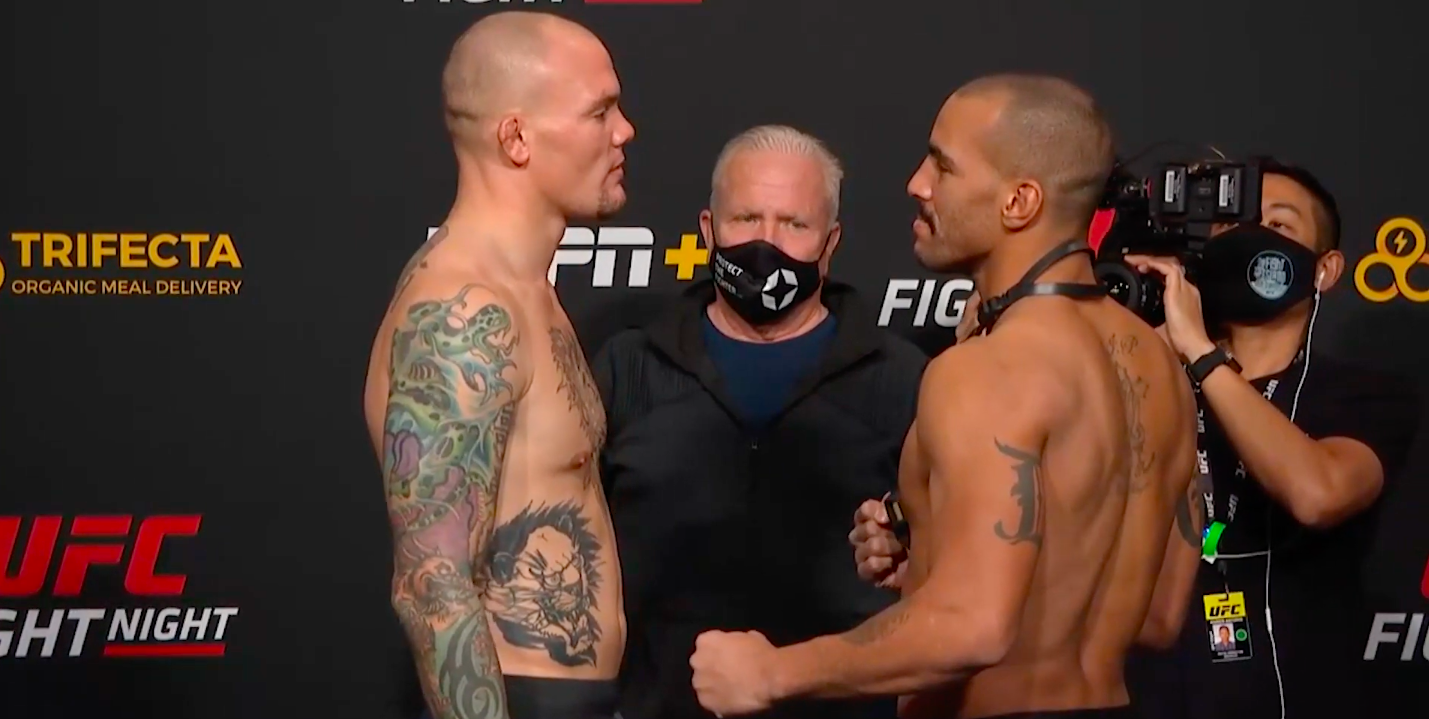