The company confirmed the signing today of the 25-year-old American who will officially enter the 2022 PFL season after some “special attraction fights” in 2021.

Shields many boxing accomplishments include being one of only eight boxers to hold all four major world titles simultaneously. She is undefeated in 10 pro fights, with her last contest being a decision victory over Ivana Habazin in January.

“I am thrilled to announce that the PFL has signed Claressa Shields, a two-time Olympic Boxing gold medalist and three-division pro boxing world champion,” PFL CEO Peter Murray said in a press release. “She has transcended sports and has become a global icon, and an inspiration to aspiring young athletes. Claressa is an incredible human being, a bonafide star athlete, and has an amazing story.”

“Claressa will continue to box professionally as she embarks on her multi-year PFL MMA career. Fans will get to experience her professional MMA debut in 2021, which can be seen across the United States via ESPN, as well as in 160 countries all over the world,” Murray clarified.

“I want to thank Professional Fighters League and Peter Murray for believing in me and giving me this amazing opportunity,” Shields said. “What drew me to the PFL is that it is definitely a fighter-first organization, and I can’t wait to be a part of that. Since turning pro it has been my goal to be the GWOAT and to be a two-sport star like Bo Jackson and Deion Sanders. I want to go where no man or woman has gone and hold championships in both boxing and MMA at the same time. The one-two punch of PFL in MMA and Salita Promotions in boxing will allow me to continue to show that there are no limits to what a woman can do. I can’t wait to get to work!”

“We are delighted to enter MMA with the PFL — an innovative, progressive organization with the most compelling format in the industry,” Shields’ manager, Mark Taffet added. “Claressa is a once-in-a-lifetime athlete who has already accomplished in boxing what no man or woman has ever done. She now looks to continue to make history by becoming the first man or woman to hold championships in both boxing and MMA simultaneously. Now, with the PFL in MMA and Salita Promotions in boxing, she will be able to do that on a global stage while continuing to grow her worldwide audience of fans.” 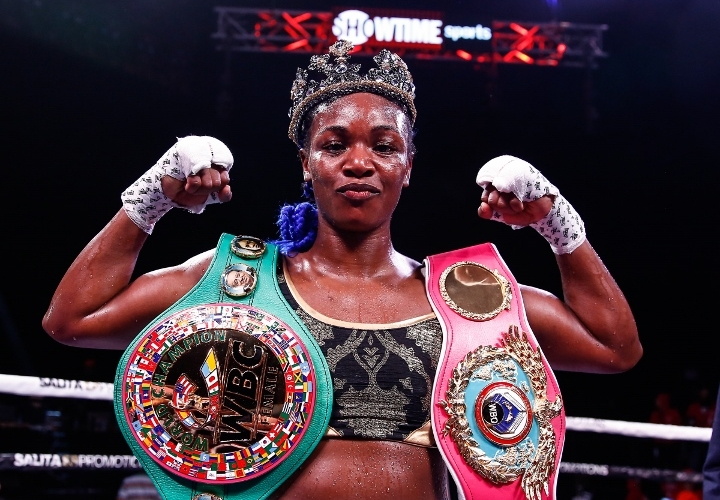