Titan FC confirmed the fight cancellation after MyMMANews.com tweeted that Cotton was hospitalized due to dehydration today, after reportedly weighing 180 pounds for the 156 pound women’s lightweight limit.

BREAKING: Kayla Harrison will not be fighting tomorrow at #TitanFC66. Kayla successfully made weight for the event, but her opponent Jozette Cotton was hospitalized after a failed weight cut. I am told Cotton weighed more than 180-pounds for the 155-pound bout.

According to an ESPN report, Harrison tried to salvage the fight by accepting a catchweight fight, and then offering to weigh in at 165 pounds within the hour window. The commission refused to accept these changes.

Kayla Harrison’s Titan FC fight, which was supposed to happen tomorrow, has been canceled, sources confirm. Harrison made weight for the lightweight fight (155), however, her opponent Jozette Cotton couldn’t get below — get this — 180 pounds.

Nonetheless, Titan FC 66 is still scheduled for Dec. 16 at the InterContinental Hotel in Miami, Florida.

Harrison competed at Invicta FC 43 in November, dropping down to 145 pounds to finish Courtney King in the second round. 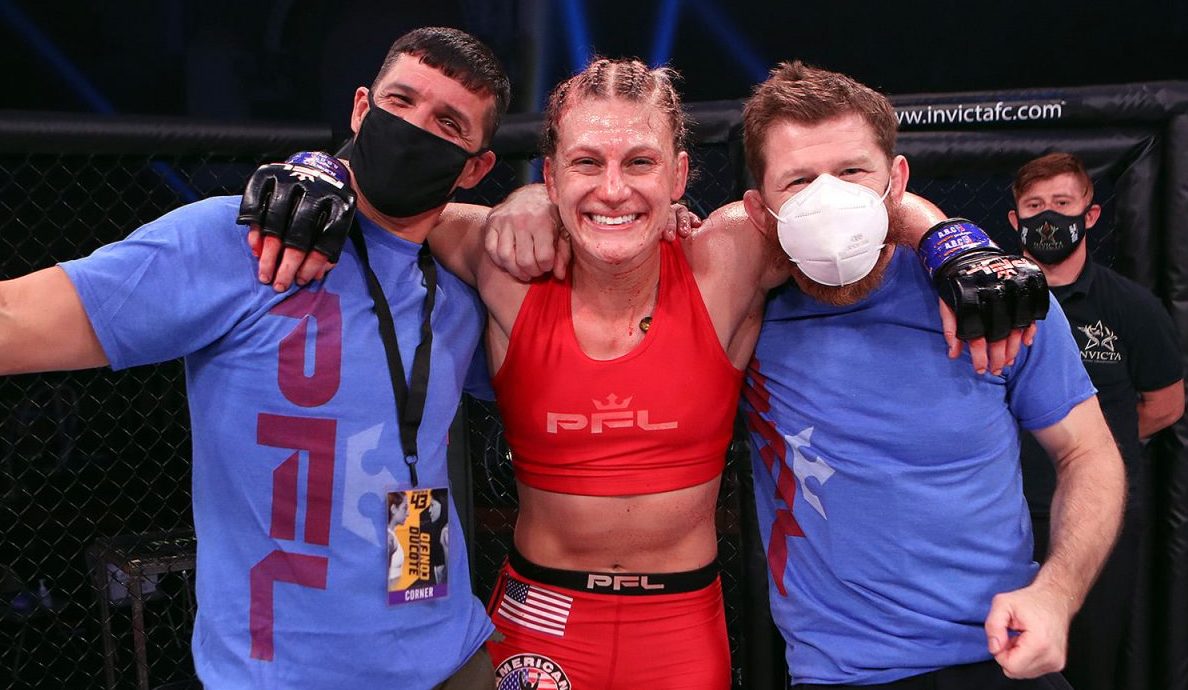