Leon Edwards. vs. Khamzat Chimaev rebooked for later this year

Chiesa and Magny replace the previous reported main event of Leon Edwards and Khamzat Chimaev, which will be rebooked later this year.

Chiesa, 33, is riding a three fight win streak since moving up from the lightweight division, including a decision win over Rafael Dos Santos last January at UFC on ESPN+ 24.

UFC on ESPN 20 is scheduled for Jan. 20 at the Flash Forum in Abu Dhabi (Fight Island). Coverage begins at 12 noon ET on ESPN+.

UFC Vegas 40: Norma Dumont piles up the points on Aspen... 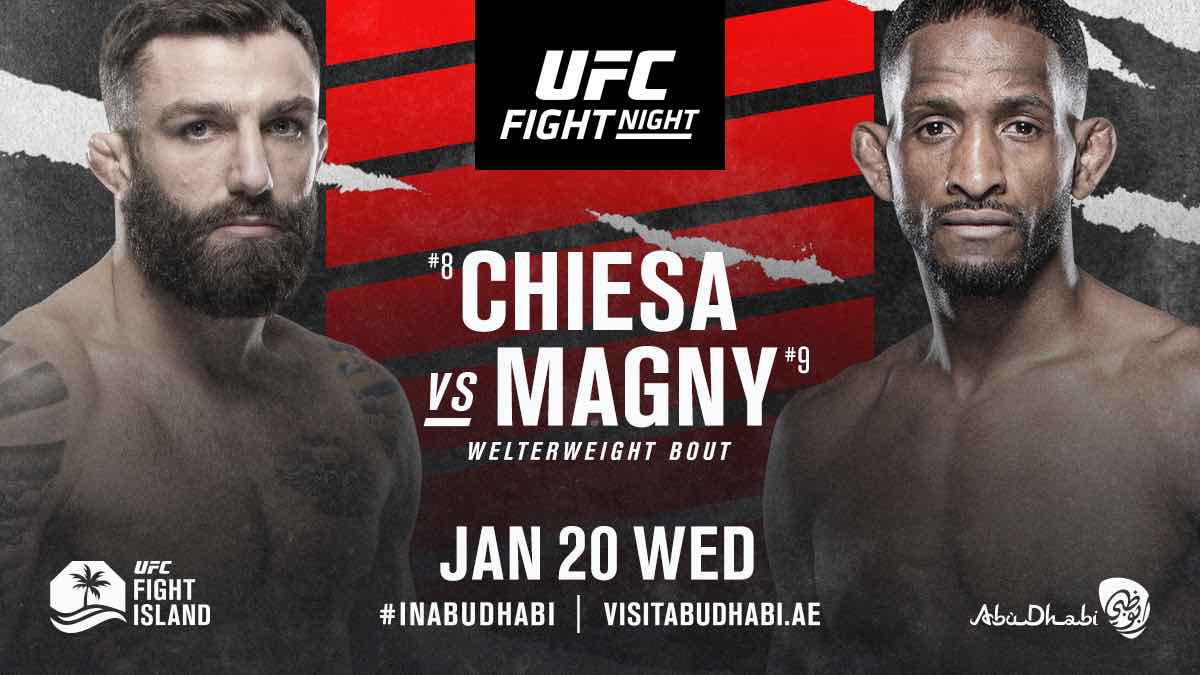