UFC on ABC 1: Max Holloway piles up the points on gritty Calvin Kattar

Max Holloway and Calvin Kattar came to fight in the main event of UFC on ABC 1, but Holloway came especially prepared.

For 25 minutes, Holloway used his striking and footwork to land over 445 significant strikes and take a 50-43, 50-43, 50-42 decision victory over Kattar that had many fans marvelling afterwards at yet another dominant performance from the former champion.

Kattar did his best to slown down the champion but was left baffled and off guard by Holloway. The strikes he landed were few and far between while absorbing significant amounts of strikes in the championship rounds.

Yet, Kattar would not quit.

‘The Boston Finisher’ did land some big strikes late, including an overhand right, but had to settle for keeping on the defensive.

The win snaps Holloway’s two-fight losing skid and keeps in the conversation for a third title shot rematch with champion Alexander Volkanovski.

In the post-fight press conference, Holloway said he was fine being the alternate in case someone dropped out of the lightweight fights at UFC 257 next week.

Holloway and Kattar earned Fight of the Night, while Li Jingliang and Alessio Di Chirico took performances of the night. Each fighter earned a $50,000 USD bonus.

A couple of KO's that ignited the main card! 💰

Andrews: A good fight while it lasted. Soriano knocked Dusko four times and Dusko was still trying to win. Hats off to Soriano.

Andrews: Well, Buckley was definitely not expecting that. Good win for Alessio.

Andrews: A good win for Condit, but he’s still a gatekeeper for the division.

Andrews: Holloway definitely returned to form and made a tough Kattar look like target practice.

The UFC event is scheduled for Jan. 20 at Fight Island. Welterweights Michael Chiesa and Neil Magny battle in the main event. 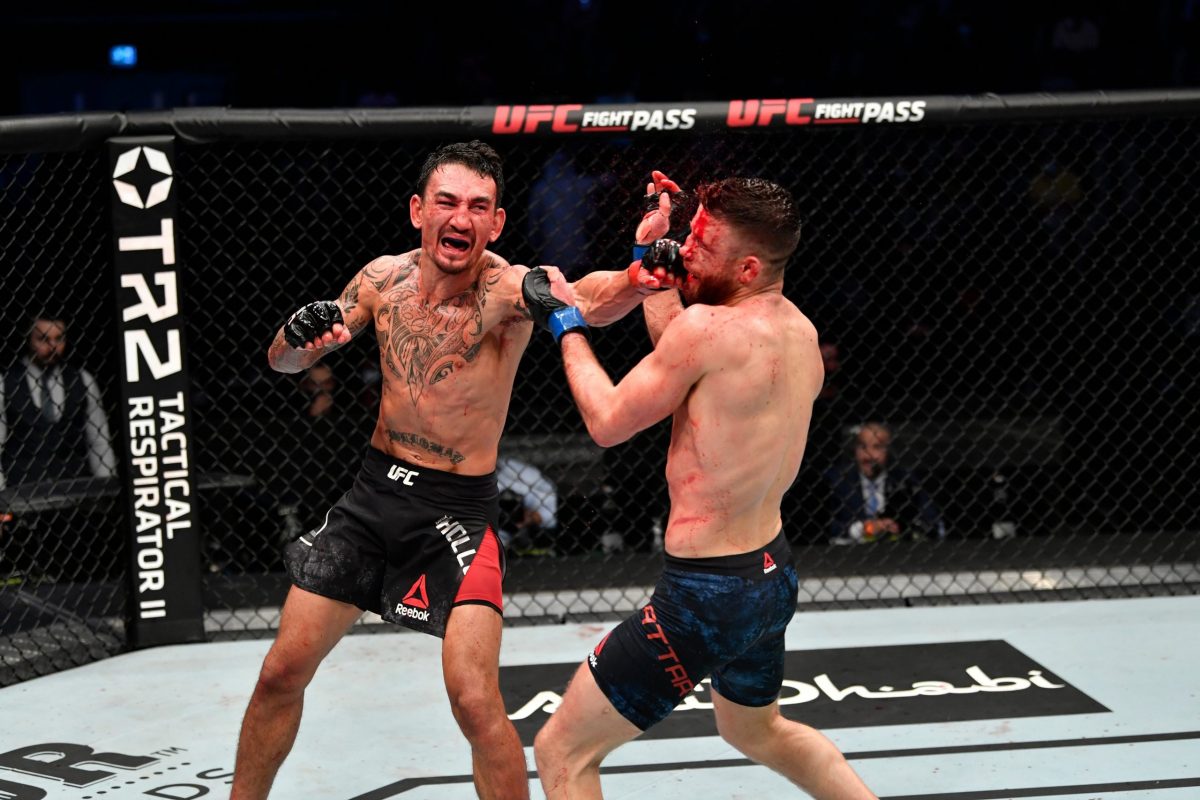 UFC on ABC 1: Max Holloway piles up the points on gritty Calvin Kattar is highly popular post having 52 Facebook shares
Share with your friends
Powered by ESSB